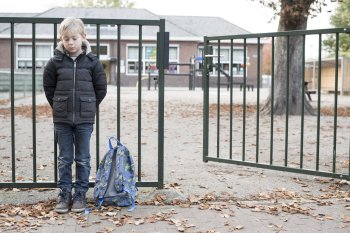 The National Secular Society has called on the government to act to end faith-based school admissions after a minister admitted they cause inequality.

Last Friday Secretary of State for Education Robin Walker said a "smaller proportion of disadvantaged and minority ethnic pupils" attend church schools compared to other schools, according to 2018 research by the Department for Education (DfE).

He said this was due to a "range of factors" including "admissions oversubscription criteria" and parental preference.

He was responding to a parliamentary question from Liberal Democrat MP Wera Hobhouse, who asked earlier this month whether he had made an assessment of the "potential impact of religious selection on socioeconomic inclusion in schools."

She also asked if he will "make it his policy to reduce the number of school places offered on a faith basis".

Walker said the DfE "understands that the ability to prioritise children of faith when oversubscribed is important to faith schools and we do not intend to change that."

He said the DfE "expects all schools, including faith schools, to be open and inclusive".

He added: "All schools, including faith schools, must ensure that their admission arrangements are fair and objective, and that the arrangements will not disadvantage unfairly a child from a particular social or racial group."

But most state-funded faith schools are permitted to discriminate against pupils on the basis of their religion or belief due to exemptions in equality law. Exceptions in the Equality Act 2010, secured following heavy lobbying from religious groups, allow faith schools to prioritise children from families who are active members of the religion of the school above other children.

Walker used his response to praise faith schools, saying the DfE "values the contribution that they make to a diverse school system".

The government policy on faith schools in England differs considerably from its position in Northern Ireland. Last week NI Secretary Brandon Lewis announced the government would set up a programme to support integrated schools, where children from all religion and belief backgrounds are educated together. The programme will "promote the benefits of integrated education" to parents, teachers and pupils.

She said: "The government's own research demonstrates discriminatory faith school admissions contribute to socioeconomic and ethnic segregation in our school system.

"And yet they refuse to act to end religious selection in the schools all our taxes pay for, whatever our religion or belief, out of fear of upsetting the faith groups that control these schools.

"The government may say it expects faith schools to be 'open and inclusive'. But it is impossible for a school based on a specific religious to be truly inclusive of children from all backgrounds – and especially a school that deprioritises children from the 'wrong' faith or belief background in its admissions criteria."

"The government's policy for schools in England is also completely at odds with its more progressive approach in Northern Ireland, where it is increasingly pushing for schools to be truly inclusive of all – and rightly so.

"But how can it convincingly argue to people in Northern Ireland that integrated schools are the best way to educate children while it continues to support divisive faith schools in the rest of the UK?"