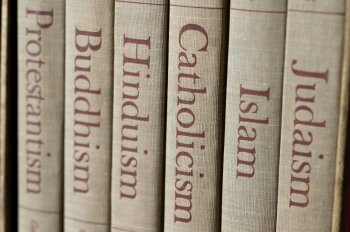 The National Secular Society has warned the government that education about religion and belief should be reformed, rather than enforced, amid calls to compel schools to teach religious education.

Religious education bodies are calling on the government to compel schools in England to teach RE amid concerns support for the subject is waning.

An analysis by the RE Policy Unit found 34% of academies do not include RE on the school timetable. It also found 500 secondary schools are teaching zero hours of dedicated RE in Year 11.

The organisations are calling for school inspectorate Ofsted to work with schools not currently teaching "sufficient" RE to "ensure they comply with the law".

RE is a statutory part of the basic curriculum and all state schools must provide RE lessons.

The RE Policy Unit, which is made up of the Religious Education Council of England and Wales, the National Association of Teachers of Religious Education and RE Today Services, has called for RE to receive greater funding in recognition of "parent and pupil support" for the subject.

But its own analysis found entries for the full course RE GCSE fell by almost 20% between 2016 and 2021. It also said RE is "neglected" on the school timetable in favour of English Baccalaureate subjects.

Additionally, a recent YouGov poll found 55% of Britons considered religious studies either not very or not at all important. Out of a list of 18 subjects, respondents ranked religious studies 15th in terms of being important (40%), with only drama, classics and Latin being positioned lower.

It is also difficult to recruit RE teachers. RE teacher recruitment targets have not been met for nine of the last ten years, and 25% of RE lessons are taught by teachers with no post A-level qualifications in the subject.

Criticisms of RE in England

The NSS has consistently warned RE is out of date and often fails to be broad, balanced and inclusive.

Current legislation dates back to 1944 and requires schools with a religious character to teach RE in accordance with the beliefs of the religion or denomination of the school.

RE is the only compulsory subject that is locally determined, largely by religious interest groups. Representatives of non-religious worldviews are often excluded or denied voting rights on RE committees.

A new bill drawn in the House of Lords Private Members' Bill ballot last week would make it explicit that RE must be fully inclusive of non-religious worldviews.

This would bring education about religion in England closer in line with Wales, where RE has been renamed 'religion, values and ethics' (RVE) and must teach religious and non-religious worldviews equally.

In a letter to minister of state for education Robin Walker, the NSS said the government should reform how religion and worldviews are taught, rather than use Ofsted to enforce RE.

NSS chief executive Stephen Evans said: "The decline of RE at schools is a clear indicator that this subject is increasingly irrelevant in its current form.

"That schools and pupils are ditching RE, despite it being compulsory for schools to offer, speaks volumes.

"Rather than try to use the brute force of Ofsted to coerce schools into teaching a subject they have little inclination to teach, the government should fundamentally reform or replace it with something more suitable.

"There should be a place on the curriculum for developing children's critical thinking, values, and understanding of different traditions. There are much better ways to achieve this than through an outdated model of religious education."