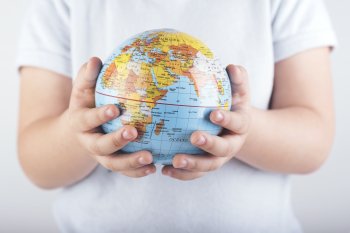 The government thinks religious education is important for developing children's critical thinking, values, and understanding of different traditions. There are much better ways to achieve this than through the outdated subject of RE, argues Stephen Evans.

In recent years there's been a steady stream of reports recommending reform of religious education – a contentious subject widely regarded as out of date, underfunded, unpopular and lacking a clear purpose.

The government has shown little enthusiasm for addressing RE's myriad problems. It has instead supported the subject remaining on the curriculum even though its original narrow doctrinal purpose has changed irrevocably. It also seems cravenly weak in the face of clerics and religious groups who regard RE as their territory.

But an insight into the government's current thinking on RE has been provided in responses to parliamentary questions about the subject's "societal value for young people".

Summarising the responses, the government thinks religious education is important for:

These are worthwhile objectives. But surely this is a vision for a civics or citizenship education, not religious education. If this is what the government wants to achieve, the subject should be uncoupled from the religious interests that currently control it and called what it actually is.

At present the law requires all state-funded schools, including free schools and academies, to provide RE as part of their curriculum. The subject, along with a daily act of Christian worship, has been compulsory for the entirety of a pupil's school life since 1944.

The point then was to inculcate Christianity. Now, religious instruction has largely given way to a more non-confessional approach in community schools. But in faith schools, the subject is controlled by religious authorities and still used to inculcate religious viewpoints. The subject is even inspected by religious bodies, rather than the state. Not only does this undermine the subject's credibility, but it also restricts pupils' freedom to develop their own beliefs – the opposite of education.

Even away from the faith schools the subject is an anachronistic anomaly in that the curriculum content is determined locally by committees dominated by faith groups. These committees were originally set up in the very different world of 1944 and have long outlived their usefulness.

The privileging of religion in the way the subject is arranged, and the legal framework that underpins it, is outdated and hard to justify. It is noteworthy that government statements never do attempt to offer any justification for the retention of the 1944 framework.

Schools have a role to play in teaching young people about the diversity of religion and belief in the world they live in, but does it really need to be a subject in its own right?

The time has surely now come to consider dispensing with the whole concept of religious education.

This would free up time for a renewed emphasis on citizenship, an area of learning that provides young people with the knowledge and skills needed to understand, challenge and engage with democratic society. It is a part of the curriculum that encourages pupils to consider religious and other forms of diversity around them – and to understand their rights and responsibilities as citizens. The ethical debates that pupils need to have would still be there, but without the inbuilt assumption that values and morality all flow from religion.

Faith leaders might not like it, but their privileged influence over state education is unjustifiable and needs to be challenged. Education should serve society and its future citizens, not religious interests.

Ensuring every pupil has an entitlement to impartial knowledge about different worldviews makes sense. Equipping young people with a working knowledge of a range of religious and nonreligious beliefs will help them to navigate the increasingly diverse world around them.

But an in-depth understanding of the world's religions isn't a necessary pre-condition for a peaceful and tolerant society. Moral and political virtues such as civility, citizenship, tolerance and inclusivity, coupled with an awareness of and respect for human rights, will nurture greater harmony and social cohesion. These shared values should be promoted throughout our schools. Religious education isn't the appropriate vehicle for that.