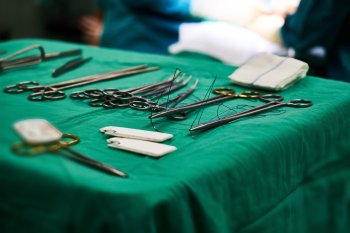 The inspectors found a locked room with a bed and medical equipment at the unregistered school, according to Mail Online. Police said two men had been arrested on suspicion of being involved in female genital mutilation.

A third man was arrested yesterday as part of the investigation. All three men have been bailed with "strict conditions".

Female genital mutilation (FGM) is a procedure where the female genitals are deliberately cut for non-medical reasons. Some Muslims consider it a religious requirement.

All forms of FGM are illegal in the UK.

It is illegal to run a full-time school without registering it with the Department for Education.

However, some religious groups operate unregistered schools in order to prioritise religious inculcation while avoiding scrutiny under the independent school standards.

This enables unregistered faith schools to teach a strictly religion-only curriculum, including extremist content, and to subject children to harmful activities including corporal punishment.

On Tuesday a bill was announced in the Queen's Speech that would give the government greater powers to tackle unregistered schools.

NSS chief executive Stephen Evans said: "We've known for a long time that unregistered schools expose children to harm. But the idea that children may be subjected to female genital mutilation at these schools is horrific and disturbing on a whole new level.

"FGM is a barbaric and torturous procedure that causes lifelong pain and suffering.

"This shocking incident demonstrates a much more robust approach to illegal schooling and harmful cultural practices is necessary to uphold the human rights of children, particularly those growing up in insular religious communities."