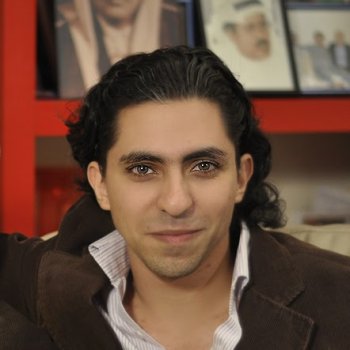 The National Secular Society has welcomed the release of Saudi secularist blogger Raif Badawi, who was jailed and flogged for "insulting Islam".

Badawi was sentenced to 10 years in prison as well as 50 lashes a week for 20 weeks in 2014, after advocating an end to religious influence on public life in Saudi Arabia.

His wife Ensaf Haidar, who lives in Canada and led a worldwide campaign for his freedom, announced he was free on Friday.

Saudi authorities have long harassed Badawi for debating religious issues. In 2008 he established the Liberal Saudi Network, a forum that sought to encourage debate on religious and political matters in Saudi Arabia.

That year he was formally charged with "setting up an electronic site that insults Islam" but the charges were dropped. In 2009, the authorities barred Badawi from travelling abroad and froze his business interests.

In 2012, Islamic cleric Abdulrahman al-Barrak issued a religious ruling declaring Badawi an "apostate who must be tried and sentenced". Al-Barrak claimed Badawi had said " Muslims, Jews, Christians, and atheists are all equal," and that this statement "is not allowed unless accompanied by a repudiation".

Badawi was arrested in 2012 and charged with "insulting Islam through electronic channels" and "going beyond the realm of obedience".

Later that year, a judge recommended that he also be tried for apostasy. Saudi Arabia is one of 12 countries where apostasy or blasphemy are punishable by death. This charge was dropped after Badawi told the court he is Muslim.

Badawi's first round of 50 lashes in 2015 sparked a global outcry and he was not subjected to any further flogging.

The court also fined him the equivalent of £217,000 and banned him from any media work or foreign travel for 10 years after his release.

Reporters Without Borders said it would work to ensure he can join his family in Canada despite his travel ban. Quebec has placed him on a priority list of possible immigrants for humanitarian reasons.

Badawi won the 2014 Reporters Without Borders prize in the net-citizen category and the European parliament's Sakharov prize for freedom in 2015. In 2015 and 2016 he was among the nominees for the Nobel Peace Prize.

He said: "Badawi should never have been charged, let alone imprisoned and subjected to such barbaric punishment. Blasphemy shouldn't be a crime anywhere.

"We hope Badawi is given safe passage to Canada to be with his family.

"And we call on the UK government and other nations that enjoy liberal democracy to apply greater pressure on Saudi Arabia to ditch its draconian blasphemy laws and make drastic improvements to its human rights."

Image: Human Rights Watch and is reproduced under its Creative Commons Licence