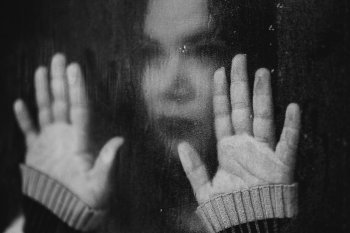 The National Secular Society has warned the Northern Ireland Executive that conservative religious teachings may play a role in abuse and violence against women and girls.

The NSS has responded to the Executive Office's call for views on strategies to tackle violence against women and girls (VAWG), as well as domestic and sexual abuse.

The Executive Office's proposals include initiatives to "address societal attitudes, beliefs and behaviours that contribute towards violence against women and girls", in addition to "an inclusive approach" to helping victims of domestic and sexual abuse.

In its response, the NSS said women and girls in conservative religious communities may be especially vulnerable to abuse due to religious teachings that subordinate women and impose strict gender roles. It said some forms of VAWG, including forced marriage, 'honour crimes', female genital mutilation (FGM) and 'witchcraft' abuse, are "directly linked" to religion.

It also highlighted how unregistered religious 'marriages' and sharia councils can compel women to stay in abusive relationships.

It welcomed plans to ban 'virginity testing' and 'virginity repair' in NI. Last week the NI assembly endorsed the principle of NI adopting provisions to ban these activities within the UK parliament's Health and Care Bill.

The NSS said LGBT+ individuals within religious communities were at heightened risk of abuse due to religious prohibitions on same-sex relationships. It said these individuals were more likely to experience 'conversion therapy'.

In order to prevent domestic abuse, sexual abuse and VAWG, the NSS said "age-appropriate and objective" relationships and sex education (RSE), which teaches vital information such as consent, should be made mandatory in all schools.

Schools in NI are required to develop an RSE curriculum based on their religious ethos. The NSS said this means provision is "extremely unequal" and "often organised to promote religious interests and views, rather than provide a comprehensive, rights-based education for pupils." It could result in schools teaching "stigmatising ideas about contraception, gender roles and same-sex relationships", the NSS said.

The NSS also called for a review of charity law to prevent organisations promoting homophobia or misogyny from becoming registered charities.

It highlighted how the Charity Commission for Northern Ireland refused to take action against Core Issues Trust, a Christian charity promoting "change orientated therapy" for gay people, after the NSS expressed concerns last year. It warned the charitable purpose of 'the advancement of religion' may enable charities to promote religiously-sanctioned homophobia and misogyny, despite the duty on charities to serve a public benefit.

The NSS warned some religious communities attempt to silence women's rights activists by accusing them of religious bigotry or intolerance. It said authorities "must protect the right to free speech of those who challenge any practice or ideology, religious or not, that harms women and girls or undermines their equality and human rights."

"Sadly, the subordinate role afforded to women in many organised religions has contributed to abuse and violence.

"In order to challenge religious ideology that contributes to abuse and misogyny, Northern Ireland must reform its relationships and sex education in schools, review its charity laws, and ensure no-one speaking out against harms caused by religious ideology is silenced."

Image by Kleiton Santos from Pixabay