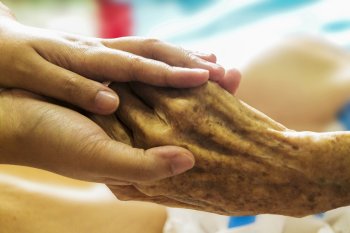 The NSS has responded to a consultation launched by a member of the Scottish Parliament on proposals for a bill to "enable competent adults who are terminally ill to be provided at their request with assistance to end their life".

Under the proposals in the consultation by Liberal Democrat MSP Liam McArthur, registered healthcare practitioners would be allowed to provide life-ending medication to a patient who has requested an assisted death in writing and who has been diagnosed as terminally ill by two doctors.

There is currently no specific legislation that governs assisted dying in Scotland. However, assisting the death of another may give rise to liability for either murder or culpable homicide.

In its response, the NSS said it was "fully supportive" of the proposals. It said Scotland's law around assisted dying is "particularly ambiguous" and the proposals would "provide for greater safeguards to protect dying people than currently exist."

It said one of the "cruellest consequences" of the lack of legislation to enable assisted dying is that "a dignified and pain-free death for the terminally ill is a luxury only the wealthiest in society can opt for", because the costs of travelling abroad for an assisted death are so high.

The NSS said allowing individuals the choice of an assisted death therefore has "no impact on the religious freedom of those who do not agree with assisted dying", as long as healthcare providers are given the right to conscientious objection.

But it warned allowing for conscientious objection must not leave patients in a position "whereby the healthcare professional is abandoning them because they have chosen a particular reasonable, legal treatment option."

The NSS also warned strong opposition to assisted dying comes from religious leaders, and that the over-representation of religious groups imposes a "disproportionate level of influence" on the assisted dying debate. It said the views of the general public, professionals and relevant organisations "should be fairly reflected at policy level."

The NSS is also supporting a bill to enable legal assisted dying now at committee stage at Westminster.

The deadline to respond to the consultation is 22 December 2021. Members of the public can respond here.

Following the consultation, a final proposal will be lodged in the Scottish Parliament with a view to introducing a Member's Bill if it secures sufficient support.

The NSS has welcomed a decision by the Royal College of Physicians to drop its opposition to the legalisation of assisted dying.