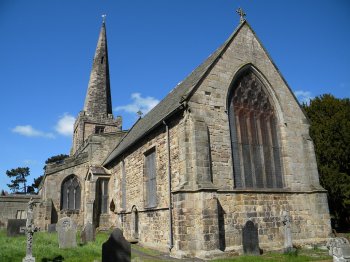 Over 750 million pounds of public money has been given to the Church of England over the past five years despite its own investments topping £10bn, new figures reveal.

More than £750 million was received across the Church in the form of grants and tax rebates, despite it holding investments and cash of more than £10 billion.

The figures were released by Second Church Estates Commissioner Andrew Selous in response to a series of written parliamentary questions from Labour MP Kerry McCarthy.

In September Selous, who as the second estates commissioner speaks for the CoE in the House of Commons, called for even greater government financial support for repairs across its 16,000 parish churches.

But these most recent answers have forced the CofE to acknowledge for the first time the sum of money already being provided and how.

Over the last five years the CofE received £468m in Gift Aid, £118m in Listed Place of Worship grants, £102m in National Lottery Heritage funding and more than £50m in Culture Recovery Grants. In total these sums already exceed the amount Selous states is being spent on necessary building repairs.

While there is a "significant and growing maintenance deficit" across its parish churches, the CofE is directing significant sums into evangelism. Figures presented to the CofE's General Synod in September revealed £248 million was given out between 2017 and 2020 as part of the church's "renewal and reform" programme to attract new worshippers and found new congregations – something which has "not so far" succeeded, according to the Archbishop of Canterbury.

The NSS has said any further state handouts must be carefully scrutinised and fully justified to the taxpayer.

"Taxpayers shouldn't be further burdened with propping up an ailing yet wealthy religious institution.

"Whilst the state can play a funding role in the conservation of heritage buildings, any such support should be based on need, especially in times of financial stringency.

"Significant sums of public money have been paid to a privileged institution that pleads poverty while spending millions on unsuccessful projects to recruit more members and evangelise to disinterested young people. State support is therefore indirectly subsidising Anglican evangelism.

"No other religious institution is in such a privileged position to demand public support for its infrastructure. Any further state handouts must be carefully scrutinised and fully justified to the taxpayer."

The Commissioners have also given £5.7m "strategic transformation funding" to Sheffield Diocese to support the diocese's plans including "significantly increased engagement with young people".

Additionally, an undisclosed sum was provided to refurbish bishops' housing in Hereford and Chester.