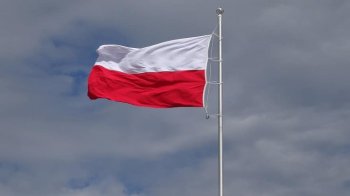 A UN committee has expressed concern about the Catholic Church's impact on children's rights in Poland following a National Secular Society intervention.

In a report published last week, the United Nations Committee on the Rights of the Child (CRC) highlighted the role of religion in discrimination, abuse and homophobia in Poland.

In a written submission and oral intervention to the CRC last year, the NSS urged the UN to put pressure on Poland to reform religious education, give LGBT+ children better protection, and hold the Catholic Church to account for its shortcomings on safeguarding.

Poland's schools must provide extra-curricular classes in both ethics and religion. However, in practice a large proportion of schools do not provide ethics classes, and religion classes are routinely presented as compulsory by schools. Religion classes usually consist of confessional Catholic catechism.

The NSS called for religion and ethics classes to be made available in all schools, so all pupils have the option of taking ethics as an alternative to religion classes.

The CRC said it was "concerned" about the role the Catholic Church plays in public education, and that ethics classes are not available in all schools. It recommended Poland "respect the right of the child to freedom of thought, conscience and religion in education", which implies "the secular public school system promotes a culture of equality and inclusion".

The CRC also recommended Poland address homophobic behaviour from students and teachers "in the context of religion classes".

The NSS's submission highlighted evidence that the scale of clerical child sexual abuse in Poland is substantial. It said prosecutors are expected to treat the church with deference due to the concordat with the Vatican, which requires conformity with the Catholic Church's canon 'law'.

The CRC urged Poland to ensure all cases of child sexual abuse in the Catholic Church are "reported, investigated and prosecuted".

It also urged the state to collect disaggregated data relating to child abuse involving Catholic clergy and provide detailed information on reports of such abuse.

The NSS said Poland should take steps to tackle the discrimination and persecution faced by LGBT+ children, including by introducing inclusive relationships and sex education. It also highlighted the problem of homophobic bullying in Polish schools.

It also recommended the country undertake "awareness raising and education" on the issues of discrimination against LGBT+ children.

NSS president Keith Porteous Wood said: "We are gratified by the extent to which the Committee took on board our suggestions. We can only hope that such concerns expressed by the Committee and the EU will be heeded.

"Pressure is mounting on the Polish Government to review its heavily pro-Catholic stance as the hitherto unwavering support for the Church is diminishing rapidly, especially in urban areas and in no small part a reaction to the scale of clerical abuse uncovered in recent years."