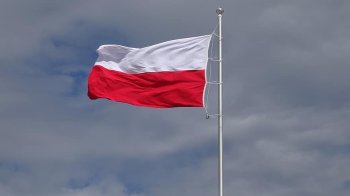 The National Secular Society has urged a UN committee to push Poland to renegotiate a treaty with the Vatican, in order to better protect child abuse survivors in the Catholic Church.

In a submission to the UN committee on the rights of the child, the NSS said the concordat between Poland and the Holy See appeared to "compromise the effective administration of justice".

The NSS added that the concordat impeded Poland's freedom and ability to conform to the European Convention on Human Rights and the UN Convention on the Rights of the Child (CRC).

The NSS's submission highlighted evidence that the scale of clerical child sexual abuse in Poland is substantial and prosecutors are expected to treat the church with deference.

The submission also said the country should take steps to tackle the discrimination and persecution faced by LGBT+ children, including by introducing inclusive relationships and sex education and reforming religious education.

The committee is taking evidence on Poland's compliance with the CRC ahead of an examination of Poland's five-yearly report on the subject.

The concordat, which Poland and the Vatican signed in 1993, requires conformity with the Catholic Church's canon 'law' in some instances and remains valid today.

The NSS's submission said the concordat sought to give ecclesiastical 'law' precedence over secular law. It said the 'justice' delivered as a result would not be "an adequate or just substitute for even-handed secular justice" for perpetrators of child sexual abuse.

The maximum sanction under canon law for abuse of minors, including rape, is defrocking.

The NSS also referred to a 2019 letter from the national prosecutor which suggested local prosecutors seeking documentary evidence from the Catholic Church were required to treat it with deference.

The letter suggested in some cases this should include allowing the church to withhold documents.

The prosecutor's justification for this position was partly based on the obligations outlined in the concordat.

The NSS's submission included reports suggesting the national prosecutor's office initially denied the existence of the letter, then sought to misrepresent its contents as benign.

It added that Poland should make greater efforts to secure secular, rather than ecclesiastical, justice for those suspected of clerical child sexual abuse.

The NSS's submission noted that the Catholic Church has admitted that hundreds of priests in Poland have abused children.

It also noted that pressure groups have suggested significant numbers of bishops have failed to report abusive priests and allowed them to stay in ministry, often working with children in the process.

NSS president Keith Porteous Wood said: "Poland's populist government is seeking to bolster the church from unprecedented criticism over clerical abuse of minors, after three films which attracted record-breaking audiences drew attention to the extent of the abuse and the church's cover up.

"Poland's adherence to human rights appears to be deteriorating with every month.

"We hope our submission will assist the UN to bring pressure to bear on Poland to ensure it makes the protection of LGBT children non-negotiable, and hold it to account for its shortcomings in prosecuting clerics suspected of abusing children."