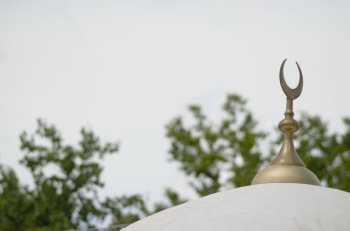 The National Secular Society has reported two Islamic charities to the regulator after extremist sermons were found on one of the charities' websites.

The NSS reported Miftahul Jannah Academy to the Charity Commission for England and Wales after sermons praising the Taliban, encouraging Muslims to fund jihadists, and referring to the "dirty qualities" of Jews, were found on the charity's website.

The lectures were delivered by Islamic scholar Muhammad Patel.

The NSS also referred Masjid-E-Umer Trust, which runs Walthamstow Central Mosque, to the commission after discovering Patel delivers lectures and youth programmes there, according to the charities' websites.

Charity Commission guidance says: "a charity's name, premises or money must not be used to promote extremist or other activities that are inappropriate under charity law".

In one lecture dated September 11 this year, Patel refers to the "amazing victory of the Taliban", saying "Allah gave them victory on the battlefield."

Another lecture from 2019 says that if a Muslim nation "wants to go and fight", rich Muslims should help them buy machine guns and rockets. It also says Muslims should spend extra on "recruitment for jihad".

Patel says if Muslims neglect jihad, they will face "humiliation in front of the kuffar" (non-Muslims).

Another 2019 lecture is entitled "A quality of the Yahood – to kill those who want to guide them towards the commands of Allah Ta'ala". 'Yahood' is the Arabic word for Jew.

Patel says the killing of Islamic scholars is one of the "wretched" and "dirty" qualities of Jews. He emphasises that "the Quran is universal for all times and all people" in its descriptions of Jews.

In another lecture entitled "The anger of Allah Ta'ala upon the Yahood", Patel says Jews are "not courageous" and that Muslims "don't do anything against them" because they "have become bigger cowards than they are". He says Allah is "angry" with Jews and "turned some of them into apes and monkeys and pigs."

NSS head of policy and research Megan Manson said: "This is a shocking example of how the charitable purpose of 'the advancement of religion' can be abused by extremists who want to use charities to push jihadism and antisemitism.

"These harmful and hateful sermons were facilitated by a charity system that allows religious fundamentalists to register as charities all too easily.

"The Commission must of course investigate these charities. But much more needs to be done to stop religious extremists exploiting our charitable sector – and that must mean a re-think of letting institutions register as charities simply because they advance religion."