Over 12,000 charities exist only to promote religion, NSS reveals 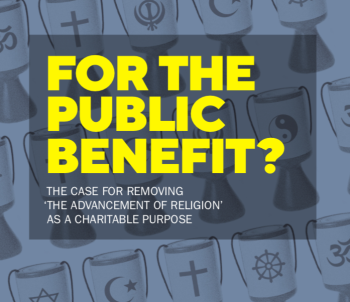 Over 12,000 charities exist solely to promote religion with some using public money to promote extremism and harmful practices, a new National Secular Society report has revealed.

The NSS's report, For the public benefit?, calls for the advancement of religion to be removed from the list of charitable purposes.

The Charities Act of 2011 gives religious organisations the chance to become charities on the grounds of advancing religion alone. Organisations that have charitable status receive tax breaks and state recognition that their work is serving a public benefit.

Charities such as Core Issues Trust and Mountain of Fire and Miracles Ministries have promoted the practice of trying to change LGBT+ people's sexual orientation.

The Initiation Society, which trains people to cut babies' genitals for non-medical reasons, and HMC UK, which promotes the non-stun slaughter of animals for halal meat, are also registered charities.

The report also highlights many large, well-known and wealthy charities whose sole purpose is to advance religion. Over 25% of religious charities with an annual income of over £10m list no objectives apart from religious activities.

Some religious charities also promote political ideas, including extremist ones. For example the Islamic Research Foundation International (IRFI), which finances Peace TV – a channel that has been banned in Bangladesh over concerns that it incites terrorism – is a registered charity. One of IRFI's trustees, Dr Zakir Naik, was denied entry to the UK in 2010.

The Charity Commission, which regulates charities in England and Wales, states that charities can never have a political purpose. Its parallel organisation in Scotland, the Office of the Scottish Charity Regulator, has a similar restriction.

In response to the report the NSS has written to the charities minister Mims Davies to call for the removal of the advancement of religion as a charitable purpose.

NSS chief executive Stephen Evans wrote: "The benefits provided by most of the 13 charitable purposes set out in the Charities Act are clear. Relieving poverty, promoting good health, saving lives and protecting the environment are undeniably in the public interest.

"But the benefit to the public of advancing a religion is far more contestable and is based on the outdated presumption that religion is inherently a good thing.

"The rise of religious fundamentalism has demonstrated how religion can exacerbate tension, division, segregation and conflict in Britain. As such, there is a clear need now to consider whether the advancement of religion should be regarded as an inherent public good, deserving of the status of a charitable purpose."

Mr Evans said the NSS's proposed reform would require religious charities "to justify their charitable status in exactly the same way that secular organisations must do". The report explicitly acknowledges that many religious charities do good work.

Mr Evans added that the current rules were incongruous with the fact that over half of British adults today do not identify with a religion.

"Charities cannot take their privileged place in society for granted. They must show they deserve it. Too many faith-based charities are causing harm at the expense of the taxpayer. Tax breaks are allowing these organisations, under the guise of 'charity', to facilitate harmful activities that do not align with British values and opinion.

"Under our proposed reforms, organisations that serve no charitable purpose aside from advancing a religion would no longer be able to be charities, meaning that they would have to pay tax like any other non-charitable organisation.

"This change is overdue and in the public interest. It would help to restore public confidence in the charity system, restore money to the public purse, relieve the burden on charity regulators and give religious organisations greater independence from the state.

"Advancing religion is not an unqualified good. In some cases it has no public benefit and in others it is actively harmful. Religious organisations that wish to be registered as charities should be required to demonstrate that they serve a genuine public benefit under another charitable heading, for example because they alleviate poverty."

A Charity Commission spokeswoman told The Observer: "We are aware of the National Secular Society's report on charity and will review it carefully. As a general principle: like all charities, a small proportion of religious charities are misused by others and used in ways the public would not expect. The commission deals with these issues robustly where they arise." 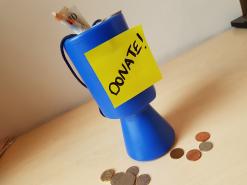 The NSS has again called for legal reform after a regulator said it couldn't refuse to register 'controversial' religious charities.