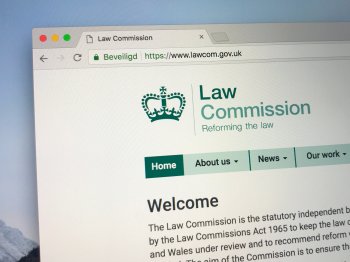 The National Secular Society has argued that religious privilege creates inconsistencies and unfairness in laws on education, charity, health and animal welfare in response to a consultation.

The NSS has submitted evidence on these issues to the Law Commission, which has sought views on what should be included in its latest programme of recommended legal reforms.

The commission is a statutory independent body that keeps the law of England and Wales under review and recommends reform where it judges that it's needed.

The NSS said the commission should consider:

Sections 70 and 71 of the School Standards and Framework Act 1998 require that all state-funded schools in England and Wales "shall on each school day take part in an act of collective worship".

Even in schools with no religious designation, the worship must be "wholly or mainly of a Christian character".

The NSS's submission said this law was incompatible with human rights laws and the principle of equality, and opened the door to inappropriate external evangelism in schools.

In laws on charity throughout the UK, 'the advancement of religion' is a recognised charitable purpose in its own right.

The NSS's submission said removing this would ensure greater fairness and mitigate the damage that harmful religious organisations cause.

The NSS made the case for removing 'the advancement of religion' as a charitable purpose in a report, For the Public Benefit?, published in 2019.

Religious organisations would still be able to register for charitable status under another recognised charitable purpose, as many already do.

The NSS's submission called on the commission to consider the disparity between the protections afforded to boys and girls regarding autonomy over their genitals.

It noted that boys are not given explicit protection from non-consensual, medically unnecessary circumcision or other modifications to their genitals.

It said this was incompatible with human rights law and left many at risk of serious harm.

The society highlighted the religious exemption from animal welfare laws that allows animals to be slaughtered without stunning according to Jewish and Muslim rites.

There is widespread consensus among veterinary and animal welfare groups that it's more humane to stun an animal before slaughter than not to do so.

The NSS argues for the repeal of the religious exemption, and for the labelling of meat from animals subject to non-stun slaughter while the exemption remains in place.

The NSS also called on the commission to draft a legal framework for assisted dying, to guide potential legislation.

The society said a disproportionate level of influence is granted to religious groups in debates on assisted dying, and argued that the views of the general public, professionals and relevant organisations should be fairly reflected at policy level.

It said a framework could help to guide the government into formulating compassionate and safe legislation to allow for assisted dying under certain circumstances.

"Deference to religion has helped to create outdated, unfair and often unnecessarily complex laws in these areas. We hope the Law Commission will consider our recommendations as it outlines its next programme for reform."

About the Law Commission's review