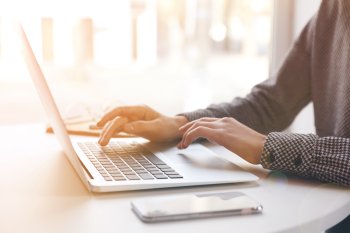 The National Secular Society has welcomed moves to protect freedom of expression in a Law Commission report on proposed reforms to communications offences in England and Wales.

Last week the commission published a final report on proposals which would remove or update a range of existing offences relating to communications.

These include plans to replace offences which criminalise communications which are offensive or indecent with an individual offence which focuses on the harm they cause.

The new offence would now require the prosecution to prove that a defendant had:

The commission's explanation of the offence describes harm as "psychological harm" amounting "at least to serious distress".

It adds that courts must have regard to the context a communication was sent within, and to whether it was meant as "a contribution to a matter of public interest".

In January the NSS responded to a consultation on the commission's initial proposals and warned that the new offence was too imprecisely drafted, creating a possible chilling effect on free speech.

The commission now says it has reflected on the "scope" of the offence it proposed, and made changes to "provide robust protection for freedom of expression while targeting harmful communications more effectively and appropriately".

The previous drafting would have criminalised communications where the sender was "aware of a risk of causing harm" to a likely audience. This language has now been removed, meaning the prosecution must prove intent to cause harm.

The commission's previous definition of harm was also vaguer: "emotional or psychological harm, amounting to at least serious emotional distress".

The NSS's consultation submission warned that the offence as originally drafted could restrict free speech on religion and suggested that a specific protection may help to prevent this. The commission hasn't specifically addressed this subject.

Explaining its position in the final report, the commission said:

"The Law Commission's regard for freedom of expression in these proposals is refreshing.

"The commission is right to focus on the harm caused by communications, rather than offence. The commission appears to have accepted that the initial way it drafted the offence was too woolly, and its revisions will go a long way to addressing legitimate concerns.

"But legislators should continue to be wary of the risk of undermining free speech, particularly on religion, if they take these proposals forward. Any offence should be narrowly and precisely drafted."