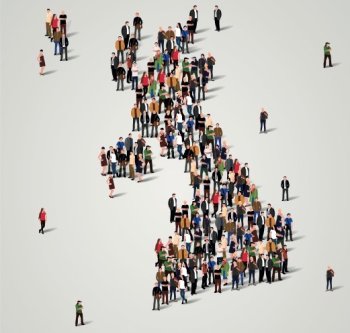 A majority of Britons think being a Christian is "not at all important" for national identity, with just one in five regarding it as important, a survey has found.

Data from a Gallup survey, highlighted by the Pew Research Center, has shown that nine per cent of Britons think being a Christian is "very important for being truly British". Eleven per cent consider it "somewhat important".

Fifty-two per cent said it was not at all important in this regard, with a further 27% saying it was not very important.

The proportion of people who consider it important has almost halved in five years, falling from 37% to 20% since spring 2016.

According to the new figures, fewer people considered Christianity to be important than being born in Britain (31%), "sharing British customs and traditions" (70%) and the ability to speak English (87%).

National Secular Society chief executive Stephen Evans said the figures were "a reminder of the disconnect between religion's constitutional position and the attitudes of people in Britain".

"These figures show that it's high time for a rethink of the relationship between religion and state in the UK.

"The Church of England's established status looks increasingly absurd. It's unjustifiable that 26 places in the legislature are reserved as of right for C of E bishops; that Anglican prayers are said during parliamentary proceedings; and that Christian worship is required in schools.

"In all these regards the UK would be best served by embracing secular democratic principles, so its citizens are equally valued and their rights equally guaranteed, regardless of their personal beliefs."

The data came as part of a study of views on national identity in the US, the UK, Germany and France.

The survey also found that:

In the UK, interviews were conducted with 1,003 adults aged 18 and over by Gallup in November and December 2020.