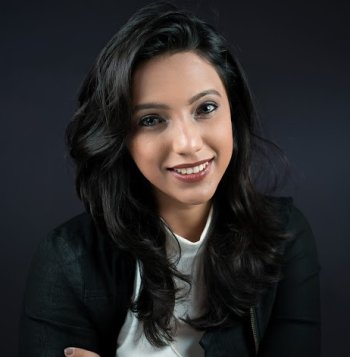 The National Secular Society has backed a campaign to secure the rights of an ex-Muslim campaigner who has been arrested in Tanzania and prevented from leaving the country.

Zara Kay, the founder of the group Faithless Hijabi, was arrested on 28 December and held in police custody for 32 hours without a clear indication of the charges against her.

Zara is an Australian citizen who was born in Tanzania and relocated to London in 2019.

While in police custody, she was asked about the work of her organisation and why she left Islam.

She was subsequently charged over:

She was released on bail but her passport was confiscated.

She has returned to the police station this week and according to local sources she is now awaiting a court hearing.

Since her arrest she has had to go to hospital, as the stress of her situation has exacerbated an underlying health condition.

On Wednesday a statement on the Council of Ex-Muslims of Britain's website provided the latest update on the situation.

It said there was "reason to believe" the charges were politically motivated, and initiated by those who had "threatened Zara with death for leaving Islam and for her activism in support of ex-Muslims and women".

In an appearance before the press this week Tanzania's police chief only mentioned that Zara Kay was being questioned over her citizenship status, suggesting the other charges may have been dropped.

The NSS is among signatories to a statement calling on the Tanzanian government to drop the charges, return her passport and allow her to leave the country.

The society has also written to the UK ambassador to Tanzania and Tanzania's president to make the same case.

NSS chief executive Stephen Evans said: "Zara Kay's treatment is a transparent and deeply alarming attempt to intimidate or silence a campaigner for the rights of ex-Muslims, and to send a wider message about the risks of challenging intolerant Islamic ideology.

"Her fundamental rights must be protected and her safety must be secured, and we call on the UK government to join others to ensure this happens."

Zara Kay has now left Tanzania after weeks of facing threats and a risk to her life, and has now arrived in Australia.

The International Coalition of Ex-Muslims has released a statement with more details.

The original text of this story was updated on Thursday 7 January to reflect the latest developments at that point.