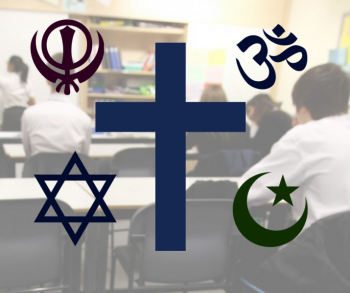 The poll investigated public attitudes to 18 subjects and only three – drama, classics and Latin – gained a lower combined score in these two categories.

Meanwhile 63% thought citizenship education was either very (24%) or quite (39%) important.

The data comes amid ongoing debate over the future of education on religion and belief – particularly in Wales, where the government is planning significant reform.

The National Secular Society, which argues that education in this area should be more pluralistic and objective, said the numbers should be "a wake-up call".

"Policy makers should be prepared to confront the dominance of religious interests and instead adopt an approach where a broader range of worldviews is critically considered."