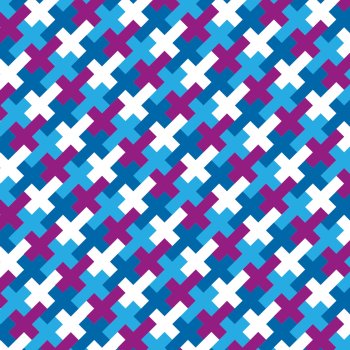 The Church of England's theological approach to religious education has come to dominate the subject amid a lack of leadership from national government, research has found.

The findings come in Understanding Christianity and the study of religion and worldviews, an academic study by former RE teacher Chris Selway which is published today.

The study says that, with often poorly-funded regional advisory councils in charge of RE syllabuses, there has been "a surge in resources that emphasise scriptural-based learning".

It says a government failure to provide funding for academics and other experts to guide the subject has helped to create this vacuum.

And it adds that major resource providers funded by Christian trusts have increasingly assumed control over the subject and moulded it to suit their vision.

It says the widely-used resource Understanding Christianity exemplifies the way RE is used to advance the C of E's vision for education.

Its criticisms of the resource include that:

Over 10% of local authorities have adopted syllabuses that rely on Understanding Christianity, which is funded by a Christian trust that works closely with the C of E.

As a result the resource is used in both many C of E schools and many secular schools.

The paper argues that several changes are necessary if RE is to gain credibility with the public:

It also asks whether such a wholesale restructuring of the subject is possible given the influence which powerful groups such as the C of E exercise over the RE curriculum.

And it says this prompts the question of whether a new subject that "encompasses wider cultural, political, religious and societal diversity and how they interact" may be more appropriate than RE.

Report author Chris Selway said: "The lack of an external body to set out a clear disciplinary field for religious education has led to a situation where Christian–funded and oriented organisations have been increasingly able to seize control of the subject.

"This has led to a surge in resources that emphasise scriptural–based learning and a predominance of theology as a discipline for studying religion, particularly when studying Christianity.

"It seems clear that the way RE is administered, resourced, taught and monitored need to be remodelled, to ensure religion is taught in a balanced way."

Alastair Lichten, the National Secular Society's head of education, said: "Too often RE is dominated by vested interests and associated group think, and this paper powerfully highlights the way it's been used to advance the Church of England's interests.

"RE currently lacks a unified framework and agreed purpose, leaving the door open for unaccountable groups to impose their own. Everyone who cares about education on religion and belief should be concerned.

"Chris Selway's report makes a significant contribution to debate in this area, and should prompt some uncomfortable questions at both local and national levels."