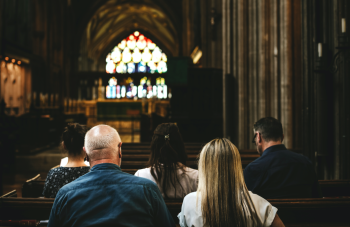 Fewer than two per cent of people in England regularly worshipped at Church of England churches in 2019, despite tens of thousands of children attending services for schools.

The C of E's statistics for mission for 2019, which were published today, show that 1.1m people were part of its 'worshipping community' last year. That number has fallen by three per cent since 2014.

Almost a sixth of those – 182,000 people, most of whom were children – attended school services on an average week in October 2019.

The stats also show that:

"Any basis there once was for the Church of England being the national legally established church has crumbled.

"Its shameful failings which have been laid bare by the Independent Inquiry into Child Sexual Abuse undermine any claims of moral authority, and the unrelenting decline in adherents has removed any majoritarian argument.

"C of E attendance continues to fall even though pupils who are compelled to attend Christian services as part of their schooling are inflating the numbers.

"Britain is one of the few democratic states in the world that continue to promote an official religion, and the fact that most of its citizens no longer subscribe to it makes a nonsense of continuing with this archaic form of religious privilege.

"The need to give equal weight and recognition to all citizens, irrespective of their religious or philosophical beliefs, has never been clearer. The church should be disestablished and its role in state-funded schools rolled back."