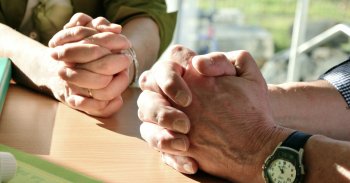 The National Secular Society has welcomed a decision by the mayor of Swale borough council in Kent not to appoint a civic chaplain to conduct council prayers.

Paul Stephen, of the Swale Independents Alliance, has said he will not replace an outgoing chaplain after the council recently passed an equality and diversity motion.

He told local paper Kent Online two weeks ago: "As we live in a multi-faith society, myself and a large majority of the coalition decided that employing the services of just one faith was not in keeping with the equality and diversity motion."

In a letter to the council, NSS chief executive Stephen Evans expressed support for the mayor's decision.

He said: "We agree that local government meetings should be conducted in a manner equally welcoming to all attendees, irrespective of their personal beliefs."

The letter also said council prayers may contribute to rising political disengagement, as they fuel feelings of alienation within an increasingly secular and religiously diverse society.

Explaining the NSS's decision to send the letter, Mr Evans said: "Holding prayers as part of council meetings imposes one set of religious beliefs on councillors who may not share them.

"It's an exclusionary practice which undermines democratic principles and efforts to encourage a diverse range of people to engage in politics.

"Swale and other councils which currently hold prayers within official business should now either replace them with a more appropriate alternative or scrap them."

The mayor's decision has been criticised by the outgoing chaplain, Colin Johnson, and a local reverend.

Image by congerdesign from Pixabay.