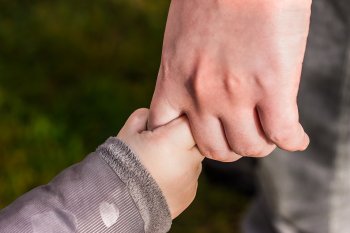 The National Secular Society has welcomed a ruling that a Christian fostering service acted unlawfully by refusing to allow gay people to sign up as carers.

Cornerstone (North East) Adoption and Fostering Service launched a High Court challenge against Ofsted after inspectors penalised it for failing to comply with the Equality Act 2010.

Ofsted, which inspects childcare, adoption and fostering agencies, downgraded Cornerstone from "good" to "requires improvement" in 2019 because the charity requires applicants "to refrain from homosexual conduct".

Exemptions in the Equality Act which allow religious organisations to discriminate against gay people in some circumstances do not apply because Cornerstone performs functions on behalf of public authorities, the judge said.

He added: "It hardly needs be said, but I categorically reject any suggestion that gay men and lesbians cannot make wonderfully loving foster and adoptive parents whether they are single or in same-sex partnerships."

The judge said Cornerstone's policy of only allowing evangelical Christians to foster was lawful.

The ruling was welcomed by Ofsted's chief inspector Amanda Spielman, who said it offers "much needed clarity in what is a difficult, complex area of law".

NSS head of policy and research Megan Manson also welcomed the judge's ruling that Cornerstone cannot discriminate on the basis of sexual orientation.

She said: "The law is clear: if you are providing a service on behalf of a local authority, you cannot discriminate against gay people even if your religion does not accept same-sex relationships.

"This confirmation will come as a relief to millions of people in the UK who are gay, lesbian or bisexual.

"It also affirms Ofsted's role in upholding equality law in the adoption agencies, schools and other settings it inspects."

The ruling is consistent with a similar case in 2010, in which Roman Catholic adoption agency Catholic Care was told it could not, as a charity, discriminate against same-sex couples.

Cornerstone is considering appealing against the ruling.

Cornerstone is an evangelical Christian registered charity which says it provides an "adoption and fostering child care service according to Christian principles". It is funded primarily from payments made by local authorities when they place a child for fostering.

Its policy for foster carers stipulates they must attend church regularly, and avoid "all sexual sins" including cohabitation and "wilful violation of your birth sex", in addition to "homosexual behaviour".

At the time of the hearing Cornerstone had 14 approved households across the north of England.

Freedom of Information requests made by the NSS revealed that Sunderland City Council made 33 referrals to Cornerstone between 2015 and April 2020. They currently have two foster placements with Cornerstone. Northumberland County Council made 30 referrals.