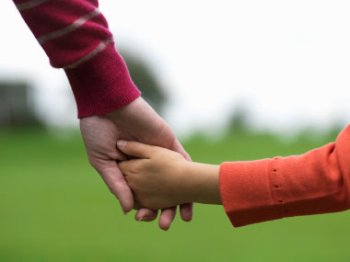 The National Secular Society has welcomed a decision not to allow a catholic adoption agency to continue to exclude considering same-sex parents if it wishes to retain its charitable status.

On Friday, Catholic Care (Diocese of Leeds) lost its latest in a long a long line of appeals to permit it to exclude same-sex parents, in a battle that set the tenets of the Roman Catholic Church against UK law.

The case has been fought by the Charity Commission every step of the way, which has argued that that the charity's stance is "divisive, capricious and arbitrary" and "demeaning" to the dignity of homosexual couples whose parenting abilities are "beyond question".

Commenting on the dismissal, Keith Porteous Wood, executive director of the National Secular Society said: "Leeds, to its shame, has been the last remaining diocese to hold out and spend hundreds of thousands of pounds trying to defy equality law and impose Catholic dogma in its adoption agency – regardless of what is in the best interests of the children.

Appeal judge the Hon. Mr justice Sales pointed out that six local authorities told the Tribunal that they did not support the Charity's contention that if the Charity closed its adoption service then children would be left un-adopted. Other research also indicated that same sex couples could themselves provide a good source of adopters of 'hard to place' children.

The judge concluded that the Charity could not show that it had good grounds of sufficient strength to provide objective justification for the proposed discrimination.

Mr Porteous Wood added: "We should not forget that the Archbishop of Westminster, Vincent Nichols, has admitted that his Church has accepted many gay people as adoptive parents – but only provided they are single, and not if they are in, or form legally recognised, loving same-sex relationships. Yet non-catholic adoption agencies usually consider couples in relationships to be better placed to provide a more stable background, and therefore normally this in the best interests of the child. However, such is the extent of Catholic dogma in this particular charity, it takes priority over the best interests of the children in their care, and seemingly over the solvency of their charity and its ability to function.

"We do however recognise that many professionals in Catholic adoption agencies are content to follow the law and many have done so, even if this has meant disassociating themselves or their charities from the Church."

The ruling was handed down by the Upper Tribunal (Tax and Chancery) dismissing the appeal by the Catholic Care (Diocese of Leeds) against the Charity Commission for England and Wales.

Read the judgement in full