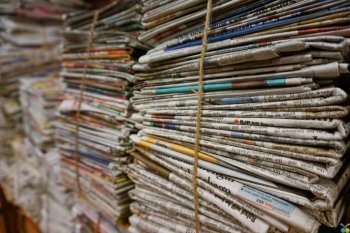 Initiatives to improve religious literacy in the media should not be used to shield religions from criticism, the National Secular Society has told a parliamentary group.

In response to a consultation, the NSS said "freedom of the press and rigorous public debate" depend on journalists being able to "report the truth, regardless of the sensitivities involved".

The all-party parliamentary group on religion in the media is currently seeking evidence on 'religious literacy' in print and broadcast media.

The APPG has said its aim is to examine how different groups understand the term and "what steps can be taken to cultivate a media environment which is religiously literate".

In its response the NSS said countering negative stereotypes based on religious belief or affiliation is "desirable". It also said journalists' lack of knowledge of the diversity of beliefs and practices within religions can hinder accurate reporting and contribute to simplistic perceptions.

But the NSS added that there was "no compelling reason why the media should treat religion any differently to the way it treats other issues".

The society also said the press "should not be prevented from undertaking accurate reporting of religious extremism and violence or robust commentary about it".

The NSS added that:

Purpose and scope of APPG's inquiry

In its explanation of the purpose of its inquiry, the APPG has said "it is essential that the media provides a balanced portrayal of faith groups and an accurate reflection of the diversity of religious belief and practice in the UK".

The group has acknowledged that "journalists must be free to report accurately on matters relating to faith without fear or censure" while adding that "reductive, distorted or misleading depictions can provoke or aggravate social tensions".

It also argues that "religion continues to play a crucial role in public life".

NSS spokesperson Helen Nicholls said: "The effort to promote religious literacy may have some welcome effects, such as a better understanding of the nuances of religious belief and practice. But parliamentarians should beware efforts to use 'religious literacy' as a tool to push a simplified, positive view of religion and to marginalise criticism.

"They must also avoid any measures which could restrict press freedom and should ensure religion isn't treated differently from, or given disproportionate attention compared to, other subjects of comparable importance."