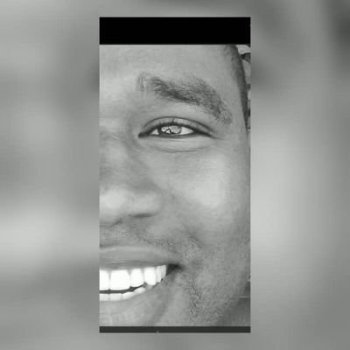 The president of the Humanist Association of Nigeria has been arrested for blasphemy for a second time after apparently criticising Islam on Facebook, sparking fears for his safety.

Mubarak Bala's colleagues have expressed concern that he could be handed over to police in the state of Kano, where a prosecution could lead to a death sentence.

Nigeria's constitution theoretically guarantees freedom of expression but also allows states to set up sharia courts – which can punish blasphemy by death.

Bala was arrested on Tuesday after a petition from a group of lawyers, sent to local police, said he had called the Islamic prophet Muhammad "all sorts of denigrating names".

The petition asked that Bala be "brought to book so he will know and understand that Nigeria is not a lawless society".

It claimed that since his previous arrest in 2014, he has "been writing stuffs on his Facebook page that are provocative and annoying to Muslims".

It also claimed Bala's words would "definitely incite Muslims and provoke them to take law into their hands, which may ultimately result into public disturbance and breach of the peace".

The NGO Humanists International, which is coordinating the efforts to free Bala, has issued a briefing explaining the latest situation and urging sympathetic groups and individuals to take action.

It encourages supporters to spread the news of his detention and contribute to a crowdfunding campaign to raise money for a legal team. It also has a template letter for those trying to raise awareness with their governments.

The NSS has offered to assist Humanists International's efforts, made a contribution to the crowdfunding campaign and written to the Nigerian ambassador to the UK to lobby for Bala's release.

The society is encouraging supporters to take similar steps.

"Mubarak Bala's arrest is an appalling and deeply concerning attack on freedom of expression which should be condemned in the strongest terms.

"He's in danger for simply speaking his mind, and the UK government should join others in working to ensure he is released without delay.

"This is also a reminder that laws and codes which restrict 'blasphemy' are an affront to freedom of expression and should be repealed wherever they exist."

Leo Igwe, who chairs the Humanist Association of Nigeria's board of trustees, has said everyone at the group is "deeply worried" by Bala's arrest and detention.

Groups including Humanists UK and the Center for Inquiry have also condemned the arrest.

Bala was committed to a psychiatric unit by force by his Muslim family in 2014. He was released after international media coverage of his plight, but continued to receive death threats afterwards.

Update: On 9 May 2020 the NSS released an emergency podcast with Leo Igwe to discuss Mubarak's situation.