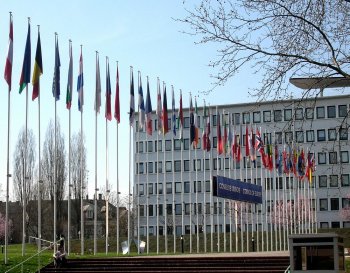 The Council of Europe's parliamentary assembly has voted to adopt a resolution affirming member states' obligation to ensure employees are not discriminated against on the grounds of religion or belief.

The adoption came after the assembly rejected a motion calling on states to require "reasonable accommodation" for religion in the workplace, which the National Secular Society opposed.

The NSS urged UK representatives to oppose the original motion, arguing that it would undermine equality and fundamental rights and freedoms.

Some religious groups have long lobbied for a duty of 'reasonable accommodation' which would entitle employees to manifest their religion more fully in the workplace.

The NSS has now said the adopted resolution represents an improvement but advised member states to interpret its provisions relating to religious identity in the workplace narrowly.

What the adopted resolution says

The adopted resolution makes no mention of "reasonable accommodation". It notes that freedom of belief is "absolute" but the freedom to manifest it is not.

But it retains language from the original motion which says the application of "prima facie neutral rules in the workplace" can "lead to indirect discrimination of representatives of certain religious groups, even if they are not targeted specifically".

It refers to rules on "dress codes, dietary rules, public holidays or labour regulations" as examples where indirect discrimination may occur.

It also "stresses" that "religion is an essential aspect of one's identity" and religious identity "encompasses religious practice as well as belief".

The resolution calls on member states to adopt "effective anti-discrimination legislation". It also urges them to provide employers with "training and advice" to "heighten their awareness of the notions of religion and religious diversity, as well as the right to non-discrimination".

The original motion was rejected by 70 votes to 67. The revised measure was adopted by 76 votes to 65.

"The assembly has rightly dismissed the idea of 'reasonable accommodation', which would privilege specifically religious demands in the workplace.

"Instead it's adopted a resolution which rightly places a greater focus on non-discrimination and which specifically notes that the freedom to manifest religion is not absolute.

"The adopted resolution does however retain some concerning language. We would encourage member states to interpret provisions relating to the accommodation of religious identity narrowly, to protect the rights of both employers and unassertive employees.

"Most sensible employers will adopt a common sense approach to religious requests, meaning they respect workers' religious freedom as far as possible but make clear that it's balanced against other reasonable considerations."

During the lobbying process the NSS highlighted a briefing from the European Humanist Federation (EHF). Following the vote the EHF welcomed the rejection of the original motion.

UK relationship with Council of Europe