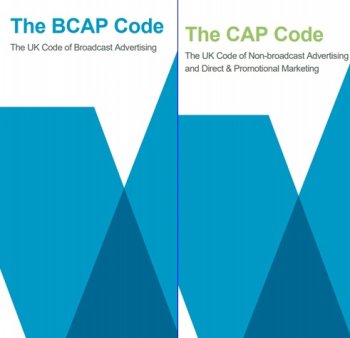 The National Secular Society has urged the bodies which write advertising regulation guidelines to protect freedom of expression on religion in response to consultations over rules on offence.

CAP and BCAP have launched consultations over proposed changes which are designed to ensure their guidelines are compatible with the Equality Act of 2010. The act protects people from discrimination on the basis of particular characteristics, including their religion or belief.

The BCAP code is set to:

The CAP code is set to:

The CAP code will also continue to include a caveat saying marketing communications may be "distasteful" without "necessarily" breaching rules on causing offence. Another will say the fact a product is "offensive to some people" is not grounds for finding a breach of the code.

The NSS's submissions to the consultations said protections afforded to religion and belief "go further than is necessary" to ensure regulators comply with the Equality Act.

"The wording is unduly concerned with not causing offence, which is a subjective emotional response. The guidance also presumes that the public will be harmed if they see an offensive advertisement. Given the low threshold for offence that the ASA applies, that seems questionable.

"As a body charged with regulating the boundaries of acceptable expression, the ASA has a responsibility not to shut down adverts without good reason or encourage advertisers to self-censor unnecessarily. CAP guidance should in no way encourage it to do so."

The NSS recommended that the rules should focus on "prohibiting content likely to promote discrimination and harassment" rather than "relying on the vague concept of offence".

Both codes will now refer to "religion or belief" where they previously referred only to "religion", in a change welcomed by the NSS.

Explaining the NSS's position, chief executive Stephen Evans said religion "must not be given special deference" in CAP rules.

"Guidance that places a premium on religious feelings and is too censorious in deeming certain advertising to be 'offensive' on the grounds of religion or belief risks reinforcing harmful religious taboos that violate the human right to freedom of expression."

CAP and BCAP are sister organisations of the Advertising Standards Authority (ASA), which enforces their guidelines.

In its submission the NSS noted that the ASA had previously banned some "very tame" adverts because they featured religious themes.

Earlier this year the ASA issued guidance on 'avoiding causing religious offence during Easter', which told advertisers "to exercise caution" when referring to religion, "particularly when it comes to respecting people's faith and beliefs".

Shortly afterwards the NSS wrote to the ASA to raise concerns over its aversion to free expression on religion. In response ASA chief executive Guy Parker agreed that the authority has a responsibility not to shut down adverts without good reason or encourage advertisers to self-censor unnecessarily.