Jewish school may severely restrict families’ IT use, says DfE 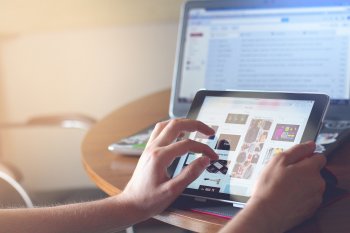 The government has said it will not prevent an independent Jewish girls' school from placing severe restrictions on families' IT use after the National Secular Society raised concerns.

The IT policy at Beis Chinuch Lebonos School in north London allows governors to monitor parents' smartphone usage and bans children from using or holding smartphones at home.

The NSS wrote to the Department for Education last month and questioned whether the school was breaching its duty to prepare children for life in British society.

The DfE has now told the NSS the restrictions the school places on families' behaviour are "a contractual issue and not one in which the department can intervene".

Mr Lichten wrote that the policy "seriously undermines pupils' access to information, opportunities to develop safe IT skills and ability to engage in personal expression and exploration". He also asked the government what action it would be taking.

In response a DfE spokesperson said the department did not agree that the school was breaching the standards placed on independent schools.

"The independent school standards relate to provision made by the school and do not seek to regulate the relationship between schools and parents – except in requiring schools to supply certain information to parents and to deal in a specified way with complaints.

"In any event, nothing in the standards requires access to the internet in any form either at school or in the home, to meet those standards."

"The IT policy at Beis Chinuch Lebonos School places severe restrictions on the religious freedom of girls and their families. The government should be doing everything it reasonably can to resist this control freakery. But unfortunately it appears to have washed its hands of any requirement to hold the school to account for it.

"This is only the latest demonstration of the brazenly authoritarian attempts by a number of Orthodox Jewish schools to control the lives of their pupils and pupils' families. Ministers must make clear that schools exist to open opportunities for their pupils, not to shut them off, and certainly do not have the right to create insular communities in which families' private lives are severely restricted."

And in 2015 two orthodox Jewish schools said they would ban children from attending school if they were dropped off by their mothers in 2015.

Mr Lichten raised these cases in his letter and asked the government to review the OSA's remit.

Beis Chinuch Lebonos was told it was failing to meet the independent school standards in an inspection by the education watchdog Ofsted in March. Ofsted said the school was failing to promote regard for all groups of people with protected characteristics under equalities legislation.

Image by fancycrave1 from Pixabay.