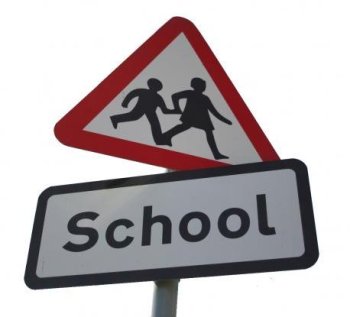 England's schools adjudicator has said it is "reasonable" for two state-funded Orthodox Jewish schools to expect the families of applicants to observe strict religious practices.

The Office of the Schools Adjudicator (OSA) has ordered two Orthodox Jewish schools in north London to make changes to their admissions codes, which severely regulate students' families' lives. But it said restrictions on families' behaviour could be justified as religious requirements provided they were clearly laid out.

The rulings affected Pardes House Primary in Barnet and The Avigdor Hirsch Torah Temimah Primary School in Brent. At both schools the admissions codes require that families live Orthodox lives as defined by the Shulchan Aruch – a 16th century religious text of over 600 chapters which covers all areas of life.

The restrictions they place on family life include gender specific modesty codes and prohibitions on LGBT relationships, make-up, computers, televisions and phones.

Pardes House requires applying families to demonstrate they observe "Orthodox Jewish practice" in their "lifestyle and daily practice". Avigdor Hirsch Torah Temimah says its "overriding consideration" in admissions is "commitment to the practice of Orthodox Judaism".

The OSA ruled that it was "reasonable for a school of that religious character to expect the families of applicants for places to be committed to adhere to its requirements". It ordered changes only on the basis that the schools' ways of checking adherence to the requirements were not clear, objective or transparent.

The adjudicator said phrases such as "highly attractive" and "eye-catching" were not permitted only because the language did not "provide an objective standard". It also found it would not be possible for a rabbi to "objectively" confirm whether an applying family was meeting all of the requirements.

Avigdor Hirsch Torah Temimah was found to have breached the admissions code by prioritising families where the father is a full-time rabbinical student or a rabbi in an approved synagogue. This was found to prioritise children based on the educational or employment status of their parents, and to select on parental activities which had not been "laid out" as religious activities.

The school also agreed to remove prioritisations for families that could financially support the school or associated charities.

"These are state funded schools using their admissions as a tool for an ideology of total segregation from wider society and complete control of family life. Such efforts to rigidly control young people's life experiences and impose upon those who do not even attend the school should have no place in education.

"It's alarming that relatively minor tweaks to these extreme admissions rules could see them pass the lacklustre admissions code.

"This is also an indictment of successive governments' decisions to organise education around religious identities. The adjudicator would not need to make these absurd accommodations if we rolled back state faith schools."

Both of the schools affected are voluntary aided faith schools, meaning they may make their own admissions arrangements provided they are within the admissions code. All of their running costs are publically funded.

Both of the schools affected in this case were oversubscribed, with Pardes House Primary School apparently admitting double its published admission numbers.

Mr Lichten said: "The apparent gap between their official capacity and target numbers in their prospectuses could indicate a deliberate effort to keep the school 'oversubscribed' in order to ensure a totally religiously homogenous student body."

Where faith schools are undersubscribed, they must admit pupils of any faith. This can lead to families being assigned minority faith schools when they do not want them in otherwise oversubscribed areas.

The NSS runs the No More Faith Schools campaign and campaigns for an end to discriminatory admissions arrangements so that all schools are open to children of all faiths backgrounds and none.

In August the OSA delivered a similar ruling in the case of Yesodey Hatorah Senior Girls School in north London. The adjudicator said the school was not breaching the admissions code by requiring families not to wear leather or lycra, access the internet or use online entertainment.