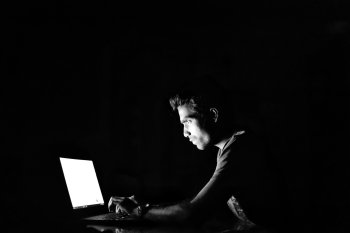 The National Secular Society has warned that government plans to require social media companies to censor "hateful" and "offensive" content could act as "a de facto blasphemy law".

In its response to the government's white paper on online harms, the NSS said efforts to confront and challenge hateful speech and behaviour "must not undermine" free speech on religion.

The white paper outlines plans to create a regulator with the power to fine online platforms and block websites. The regulator will be required to create guidance for social media companies, outlining what constitutes "hateful content" online.

The guidance would include content which is "not necessarily illegal", content which may "directly or indirectly cause harm to other users" and some "offensive material" in that definition.

The NSS said censoring content that could be considered offensive would "severely restrict freedom of expression, including the freedom to criticise or satirise religion".

The society added that the question of offence was "an entirely subjective matter".

The NSS also noted that a requirement on companies to "demonstrate 'continuous improvement'" in "tackling hateful material" could encourage them to be more censorious.

The NSS also challenged a claim in the white paper that "offending online is just as serious as that occurring offline". The NSS said this line lowered the threshold for hate crimes, because people's ability to commit such crimes is much more limited online than offline.

The society raised the example of a man who was recently arrested on suspicion of hate crime after publishing a video on Facebook of himself mocking Islamic prayer in a hospital prayer room.

The NSS noted that threats of death and violence were made towards the man and were reported to the police, but no action appeared to have been taken against the perpetrators to date.

The NSS also criticised the government's definition of hate crime which is contained within the white paper. The definition says hate crimes "include crimes demonstrating hostility on the grounds of an individual's actual or perceived race, religion, sexual orientation, disability or transgender identity".

The NSS said this definition was too broad, meaning any incident "in which an individual demonstrates hostility toward another individual" based on the listed characteristics could be treated as a hate crime.

The society said strong critics of religion or Christians who preach that gay people will go to Hell were examples of those who risk being charged with hate crimes.

NSS spokesperson Megan Manson said the white paper had "given too much ground to those who attempt to shut down legitimate expression, including on religion".

"The government should treat the fundamental right to free expression as a positive value in its attempts to promote social cohesion. Instead it has proposed cracking down on what people can say on social media, based largely on vague and broad definitions of what constitutes 'hateful' material. In the process it risks significantly undermining free expression for all and stirring social resentment.

"Ministers must not treat the civil liberties of British citizens as an afterthought in their efforts to tackle online harms."