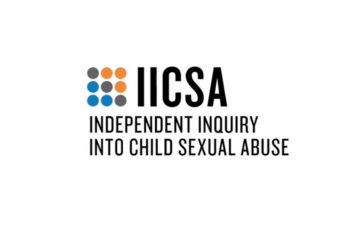 Campaigners against domestic abuse within minority religious communities will be give formal roles in hearings into abuse in religious settings at a major child abuse inquiry.

National Secular Society council member Yasmin Rehman is among those who have been named as core participants at upcoming hearings of the Independent Inquiry into Child Sexual Abuse (IICSA).

She will be present as a representative of JUNO Women's Aid, which represents women and girls subject to sexual violence.

The group Southall Black Sisters and Sadia Hameed, the director of Gloucestershire Sisters, will also be among the core participants.

An application to grant core participant status to Lloyd Evans, a campaigner for the rights of former Jehovah's Witnesses, has been rejected. Richard Scorer, a lawyer who represents abuse victims for Slater & Gordon and a vice-president of the NSS, is helping him to appeal against the rejection.

IICSA announced a new investigation into child protection in religious organisations and settings which were previously beyond its remit in May. The investigation's remit will include non-conformist Christian denominations, the Jehovah's Witnesses, Baptists, Methodists, Islam, Judaism, Sikhism, Hinduism and Buddhism.

Responding to the latest developments, Mr Scorer said: "In looking at how to protect children in religious settings, it is essential that the inquiry examines the toxic influence of religious fundamentalism and the misogynistic and patriarchal attitudes prevalent in some religious institutions. Without a proper understanding of this reality, the inquiry will lose sight of the barriers to disclosure which prevent victims from coming forward, and the right solutions will then not be identified.

"Also, in putting in place mechanisms to protect children, it is essential that the inquiry gives short shrift to specious claims about religious freedom. Religious freedom is not an absolute right, and the protection of children must always take precedence."

The NSS works to ensure that victims of child abuse in religious settings have access to secular justice and to ensure religion does not undermine reasonable efforts to protect children.

The NSS has previously responded to a direct approach by IICSA to explain why sexual abuse of minors was more prevalent in religious settings.