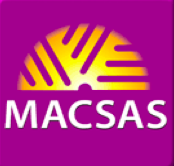 The warning came as new figures revealed the number of situations where the Church of England dealt with "concerns and allegations" about abuse rose by 50% between 2015 and 2017.

Church of England figures published on Wednesday reveal that 3,287 safeguarding concerns were raised in 2017. Twelve per cent of these "concerns or allegations" related to clergy.

MACSAS (Minister and Clergy Sexual Abuse Survivors) expressed its concern that two thirds of the concerns were not reported to statutory authorities, being either dismissed or dealt with internally. Only 72 resulted in disciplinary action, and no information was released about the extent of such action.

Responding to the findings, Phil Johnson, Chair of MACSAS, said: "The best way to protect children and the vulnerable is for mandatory reporting laws to be introduced to compel institutions to report all safeguarding concerns to the statutory authorities."

MACSAS was also critical of the Church's guidance that there is no requirement for "suspicion or knowledge of actual or likely significant harm" to be reported to statutory authorities. It only states that it "should" be reported.

MACSAS observed that "Institutions will continue to ʻdeal with things internally', often protecting their reputation, image and financial interests rather than protecting children and the vulnerable."