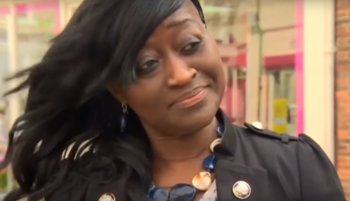 A nurse who was sacked for repeatedly evangelising when treating patients and who ignored warnings not to do so was not unfairly dismissed, the Court of Appeal has ruled.

The court ruled that Dartford and Gravesham NHS Trust's decision to sack Sarah Kuteh in 2016 "fell within the band of reasonable responses" to her behaviour.

It unanimously dismissed an appeal against a 2017 ruling from a tribunal that upheld her dismissal.

Kuteh was employed at Darent Valley Hospital in Dartford in Kent. Patients had repeatedly complained that she was raising matters of religion with them when they did not want to discuss them.

She continued to initiate conversations about religion with patients after being warned not to do so and reassuring her line manager that she would not do so.

The court described one incident, which took place after Kuteh had been warned, as "on any view clearly inappropriate".

In that incident she had told a patient being treated for cancer that the only way he could get to the lord was through Jesus. She told him she would give him her bible if he did not have one. She gripped his hand tightly and said an intense prayer that went "on and on". She asked him to sing a psalm.

The court said the patient had described the encounter as "very bizarre" and "like a Monty Python skit".

Kuteh was dismissed from her role shortly afterwards, on the grounds that she had breached the Nursing and Midwifery Council (NMC)'s code of conduct. The following year an employment appeal tribunal ruled that the decision to dismiss her was "within the band of reasonable responses".

In her latest appeal Kuteh claimed the tribunal had misinterpreted the NMC's code and failed "to consider the fact-sensitive distinction between true evangelism and improper proselytism".

The court said it was "plainly open" to the tribunal to reach its decision, "even having regard to the importance of the right to freedom of religion".

The tribunal had said "improper" proselytism included "exerting improper pressure on people in distress or in need". The court said such proselytism is not covered under Article 9 of the European Convention on Human Rights, which defends the qualified right to practice religion.

It added that the tribunal was "plainly correct" to regard Kuteh's appeal as "having no reasonable prospect of success" and to dismiss it.

"Sarah Kuteh's behaviour was unprofessional and repeatedly breached the Nursing and Midwifery Council's code of conduct. Medical staff shouldn't treat patients as potential religious converts. This would be reasonable to ask in any job, but it's particularly important when those involved are working with vulnerable people.

"Some Christian pressure groups appear keen to further the narrative that Christians are being persecuted in cases like this, when in reality they are asked simply to follow the same rules as everyone else. This case has also shown the willingness of parts of the press to go along with these ideas. We're glad the court has seen through this and the hospital has been vindicated."

As part of his argument Paul Diamond, the barrister representing Kuteh on behalf of the Christian Legal Centre (CLC), claimed the NHS Trust had "a blanket ban on religious speech". The court's judgement dismissed this as "manifestly wrong".

Last year two courts heavily criticised Diamond for his conduct during the case surrounding the withdrawal of ventilation from the severely ill toddler Alfie Evans.

The Court of Appeal said Diamond had advanced the "startling proposition" that Alfie's best interests were irrelevant, a claim it dismissed as "wholly wrong". At an earlier hearing a judge said Diamond had made a misconceived argument which had been "comprehensively rejected by the Supreme Court".

In the aftermath of that case the NSS raised concerns about Diamond's conduct with two legal regulatory bodies.

Kuteh was allowed to return to work as a nurse last year after the Nursing and Midwifery Council lifted restrictions against her.

The CLC, which provides legal assistance to Christians, said Kuteh was considering her next step in response to the ruling.