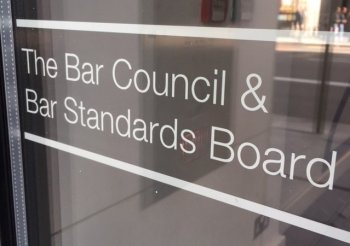 The National Secular Society has urged the legal regulatory authorities to investigate the conduct of a Christian campaign group in the recent case of the toddler Alfie Evans.

The NSS has written to the Bar Standards Board and the Solicitors Regulation Authority (SRA) about the conduct of the Christian Legal Centre (CLC). The CLC purported to give Alfie's parents legal advice during their campaign to be allowed to take their seriously ill child out of Alder Hey hospital in Liverpool.

In February a judge ruled that it was lawful and in Alfie's best interests for his ventilation to be withdrawn and for further treatment and palliative care to take place at Alder Hey. Alfie's parents challenged the ruling through a series of appeals.

In one instance the CLC's Pavel Stroilov told Tom Evans, Alfie's father, it would be lawful to remove Alfie from the hospital and take him elsewhere. That advice contradicted previous court decisions. If Alfie had been removed from the hospital both those removing him and the hospital would have breached a court order.

When it ruled on the case on 16 April the Court of Appeal said the letter was "misleading to the extent of giving the father false advice" and had "led to a confrontation" in which Alfie was involved and the police had to be called. The court also expressed "dismay and concern" that staff had been harassed and patients and family members scared at the hospital.

At a further hearing of the Family Division of the High Court Mr Justice Hayden described Stroilov as a "fanatical and deluded young man" whose 'legal advice' had come close to contempt of court. The judge said his submissions to the court were "littered with vituperation and bile" that was "inconsistent with the real interests of the parents' case".

The court also heard that Stroilov had been party to Tom Evans's attempt to bring a private prosecution for murder against some of the hospital doctors.

The Court of Appeal also said Paul Diamond, a barrister for the parents who appeared in CLC press releases, had made the "startling proposition" that Alfie's best interests were irrelevant. The ruling said it was "wholly wrong to suggest that the parents' own views can trump the judicial determination made in this case".

At an earlier hearing Mr Justice Hayden said Diamond had made a misconceived argument which had been "comprehensively rejected by the Supreme Court".

In the NSS's letters chief executive Stephen Evans and Sadikur Rahman, the chair of its Secular Legal Forum, said the CLC had "flagrantly breached" the legal bodies' code of conduct, along with the Legal Services Act of 2007, "on numerous occasions".

Mr Evans and Mr Rahman said the CLC had implied it was acting for its clients despite not being a regulated body capable of representing parties in court proceedings. They said the CLC had issued court proceedings, applications and appeals when it had no standing to do so and illegitimately claimed to instruct counsel on behalf of Alfie Evans's parents. And they said a number of individuals had claimed to act as lawyers for the parents without having appropriate registration or qualifications.

Explaining the decision to send the letters, Mr Evans said: "Throughout these proceedings, no fault can be laid at the parents of Alfie Evans. They were in an extremely vulnerable position and took advice where it was proffered. It seems the CLC exploited this vulnerability to push forward its own agenda regardless of the interests of Alfie or his parents.

"This tragic case has given rise to serious public concern and has crystallised many of our previous reservations about the unscrupulous activities of the Christian Legal Centre. Those who have held themselves out as barristers, counsel, solicitors and legal advisors have questions to answer, and we are simply asking that their conduct is investigated by the relevant authorities. If it is found that there have been breaches of professional standards, those committing them should be held to account."

In recent years the CLC has been behind several tenuous 'religious discrimination' claims. These have included the cases of Victoria Wasteney, an NHS worker who was sacked for persistent evangelism, and Svetlana Powell, a teacher who was sacked for making homophobic remarks to pupils.

Alfie Evans died on 28 April. After his death the Christian Legal Centre said: "In the short period of our involvement, our highly experienced standing counsel Paul Diamond took the case from the High Court to the Court of Appeal, to the Supreme Court, and to the European Court – and then back again to the High Court and to the Court of Appeal. We can think of no other organisation that would have achieved this in such a short period."