Charity dissolved over imam who encouraged support for Islamic State 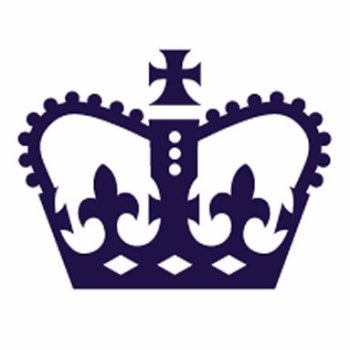 A charity set up for "the advancement of the Muslim religion" that ran a mosque in Stoke-on-Trent and used an imam who encouraged support for Islamic State has been dissolved.

The trustees of Fazal Ellahi Charitable Trust "failed to properly manage, administer and protect the charity" leading to it being used to "facilitate terrorism offences", according to the Charity Commission for England and Wales.

Fazal Ellahi Charitable Trust was set up in 2003 to support "the education of all people particularly children and young people in the Muslim religion" and "the advancement of the Muslim religion through the provision of collective prayer meetings". It ran Tunstall Mosque in Stoke.

The Charity Commission removed Fazal Ellahi Charitable Trust from its register of charities in 2009 as it considered that the charity had either ceased to exist or no longer operated. Correspondence sent by the Charity Commission to the registered trustees received no response.

But despite its removal from the register, the charity continued to run the mosque.

In February 2017 Tunstall Mosque's imam Kamran Hussain was arrested on suspicion of terrorism offences in relation to sermons he gave at the mosque in 2016. In September 2017 he was sentenced to six and a half years' imprisonment for six counts of encouragement of terrorism and two counts of encouraging support for a proscribed organisation, Islamic State.

Hussain's sermons were attended by about 40 worshippers, often including children as young as 10. According to prosecutor Sarah Whitehouse QC, Hussain told a congregation of nine children and 35 adults that 'martyrdom' was "greater than any other success, such as school or college".

In another sermon, Hussain referred to Islamic State as "a small fledgling state who is standing in the face of a pompous and arrogant army". He called on the congregation of 10 men to pray for their victory and for their oppressors to be "annihilated".

The Charity Commission opened an inquiry into Fazal Ellahi Charitable Trust in April 2018, following the charity's failure to provide requested documents from the trustees, Fazal Ellahi and his son Isbar Ellahi.

The requested documents included "copies of safeguarding procedures and policies" and confirmation that Disclosing and Barring Scheme checks had been carried out on Hussain and Fazal Ellahi, both of whom provided classes for children via the charity. The trustees also denied the commission entry to the charity premises.

The Charity Commission concluded that the charity was "mismanaged" by its trustees, who had failed to protect the charity from "being used to facilitate terrorism offences".

Over £132,000 of Fazal Ellahi's assets were donated to five registered charities "with similar charitable objects" in the Stoke-on-Trent area. The commission noted it was "likely" that the charity's income was greater than that deposited into its bank account, because Hussain received a salary that was not recorded in any accounts.

Both trustees of the charity are now disqualified from acting as trustee or holding senior management function of any charity in England and Wales.

The National Secular Society campaigns for the removal of 'the advancement of religion' as a charitable purpose. Earlier this year the NSS published a major report making the case for this reform of charity law to prevent religious charities from causing harm while claiming tax benefits.

In response to the dissolution of Fazal Ellahi, NSS campaigns officer Megan Manson said: "While many religious charities are a force for good, too often religion is used as a smoke screen for promoting extremism.

"Including 'the advancement of religion' as a charitable purpose in charity law makes it much easier for charities to be exploited by those who want to promote extremism and terrorism in the name of religion.

"Until charity law is reformed so religion is no longer privileged, we will unfortunately continue to see cases of religious charities being used to promote extremist, hateful and intolerant views."