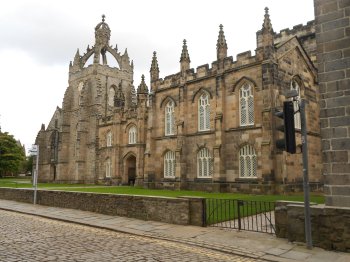 The National Secular Society has welcomed the University of Aberdeen's decision to revoke a degree awarded to the sultan of Brunei after his country introduced draconian new Islamic laws.

New laws making gay sex, adultery and 'defamation' of the Islamic prophet Muhammad punishable by death under the Islamic sharia system came into force in Brunei earlier this month.

After the decision the NSS wrote to the university, along with the University of Oxford and Kings College London, to urge them to strip the sultan of honorary degrees.

Aberdeen had awarded the sultan an honorary doctor of letters degree.

Explaining the university's decision, principal George Boyne said: "There has been an international controversy since the sultan of Brunei, in his role as head of state, introduced severely punitive anti-LGBT laws.

"The University of Aberdeen is proud of our foundational purpose of being open to all and dedicated to the pursuit of truth in the service of others.

"The introduction by the sultan of the new penal code is contrary to our strong commitment to the value of diversity and inclusion."

He said an overwhelming majority of the university's senate (its academic body) had voted for revocation, but the decision was not unanimous.

"The University of Aberdeen has sent a message of solidarity with those who will be persecuted under Brunei's new laws, particularly LGBT people.

"We hope other British institutions will follow Aberdeen's lead and distance themselves from the Brunei regime's appalling assault on human rights."

The NSS also wrote to the RAF and the Royal Navy this month to urge them to cut ties with the sultan, who has honorary ranks in both.

Brunei introduced sharia law in 2014. Before the new wave of laws it had already banned alcohol and introduced fines and jail sentences for having children out of wedlock and failing to pray on Fridays.

It had also made homosexuality illegal and punishable by up to 10 years in prison.