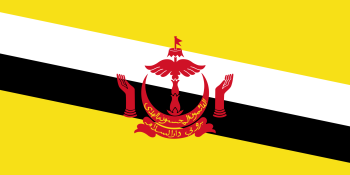 The south-east Asian kingdom of Brunei will impose death by stoning to punish gay sex and adultery as it implements a draconian form of Islamic law from next week.

The country's new penal code will insist the capital punishment is "witnessed by a group of Muslims" and also prescribe the amputation of a hand and a foot for theft.

The changes come five years after Brunei introduced sharia law, as the sultan Hassanal Bolkiah moved to bolster Islam's influence in the country in 2014.

Alcohol is already banned and there are fines and jail sentences for having children out of wedlock and failing to pray on Fridays.

A National Secular Society spokesperson said the new punishments were "an appalling attack on human rights and a reminder of the importance of separating religion from the law".

"Brunei's interpretation of sharia law is particularly draconian. But this should be a reminder that secular legal systems are best placed to defend human rights and make laws which respect individual liberty.

"The British government must exercise the leverage it has in Brunei to urge it to abandon sharia law, as it should promote the separation of religion and lawmaking globally."

Homosexuality had been illegal and punishable by imprisonment in Brunei since British colonial rule, which ended in 1984. Last year Mark Field, the Foreign Office's minister for Asia and the Pacific, described the UK's relationship with Brunei as "close, long-standing and unique".

Rachel Chhoa-Howard, Amnesty International's Brunei researcher, said: "Brunei must immediately halt its plans to implement these vicious punishments, and revise its penal code in compliance with its human rights obligations. The international community must urgently condemn Brunei's move to put these cruel penalties into practice."

In October Brunei was named among the 10 worst countries to be an atheist in a report from the International Humanist and Ethical Union.

And in 2015 Brunei's sultan warned that anyone celebrating Christmas could face up to five years in prison.

The new punishments will only apply to those considered Muslim, who make up around two-thirds of the country's population of 450,000.