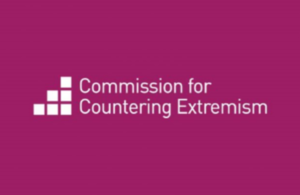 The National Secular Society has said the government should prioritise secularist principles, particularly free speech, human rights and common citizenship, in its attempts to challenge extremism.

In a submission to the Commission for Countering Extremism, the NSS said the state should "robustly challenge" extremist ideologies rather than facilitating them.

However, it warned against seeking to crimialise the expression of 'extremist' views or adopting a broad definition of extremism.

It also stressed the value of inclusive education and social integration and said the state should take a firm stand against religious segregation in schools and "de facto blasphemy laws".

The commission - an independent body which advises the government on counter-extremism strategy - launched a public call for evidence on extremism in England and Wales in November. The study aims to "improve understanding of extremism" and its impact on "individuals, communities and wider society".

It said the government should promote "greater community cohesion" and ensure "everyone's basic human rights are upheld" regardless of religion in response. And it said it was "essential for community cohesion, public safety and effective democracy" that the state challenge extremist ideologies.

But it warned that labels such as 'extremist' can be used to "denigrate and smear perceived rivals" and vague definitions are "prone to misapplication".

The NSS said secularism has "a key role to play in the increasingly polarised debate around religion, extremism and discrimination" and can minimise the social harm caused by extremism.

"Religious conflict and sectarian grievances have the potential to tear our society apart.

"The adoption of consistently applied secularist principles will enable citizens to live in peace with other citizens whose creed is different from their own. They should be embraced."

The NSS said a "human rights, individual-centred approach" to public policy, as opposed to a "multi-faithist model", is "vital" for citizens to be treated and valued equally. It added that a secular state would provide a "positive vision" for the UK.

The NSS raised concerns that religious groups exploit their charitable status to further the propagation of extremist ideas and said religious extremists often silence opposition by accusing detractors of bigotry.

The society provided the example of events at St Stephen's Primary School in east London. Last year the school was forced to reverse its policies restricting hijab wearing and fasting for young pupils following an abusive campaign coordinated by Islamist sympathisers.

The NSS added that religious extremists often attempted to "mainstream their views" through "the language of human rights and social justice".

The NSS said "isolation and insularity" were key drivers of extremism and called for more to be done to protect "the rights of children and vulnerable people in isolated communities".

"A free and open society where the state does not divide people up by their religious outlook or identity is the most effective means of maintaining social cohesion. That also means it's the best way to push back against religious extremists who benefit from division and isolation.

"The government should be very wary of defining extremism too broadly, as accusations of extremism can easily become an over-used tool used to silence debate. And being 'extreme' certainly should not be a crime.

"But the state should promote a positive vision of a shared society in which citizens are valued equally. That requires it, among other things, to challenge and marginalise those who undermine that vision."

The commission's study will be published in the spring.