Home secretary urged not to adopt definition of ‘Islamophobia' 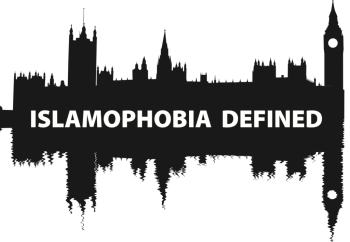 The National Secular Society has urged the home secretary to resist calls to adopt a formal definition of 'Islamophobia' which have been put forward by a parliamentary group.

NSS chief executive Stephen Evans co-ordinated a letter to Sajid Javid on the subject after a high-profile report from the all-party parliamentary group (APPG) on British Muslims.

The APPG's report recommended that the government define 'Islamophobia' as "a type of racism that targets expressions of Muslimness or perceived Muslimness".

The NSS's letter has been co-signed by six other activists. A shortened version was published in the Sunday Times.

The letter called the APPG's definition "vague and unworkable" and said it "conflates hatred of, and discrimination against, Muslims with criticism of Islam".

"While we believe that in a liberal secular society individuals should be afforded respect and protection, we are clear that ideas should not."

It said the phrase "expressions of Muslimness" could "effectively be translated to mean Islamic practices". At the report's launch its authors indicated that it was 'Islamophobic' for inspectors from the education watchdog Ofsted to question why young girls were wearing hijabs in primary schools.

The report also gave examples of speech which could be declared 'Islamophobic' – for example the claim that "Muslim identity" has "a unique propensity for terrorism".

The APPG's report also outlined five 'tests' which would determine whether speech was 'Islamophobic'. The NSS said these would "clearly render legitimate commentary and debate about Islam beyond the bounds of reasonable public debate".

The letter said erroneous claims of 'Islamophobia' had become "a cover for" prejudice and bigotry rather than tackling it. The signatories also said they were united by their "commitment to tackle anti-Muslim bigotry coupled with the belief that the fundamental right to speak freely is precious and essential".

The NSS submitted evidence to the APPG's inquiry on the matter before its report was published.

The APPG's report acknowledged the concerns raised by the NSS, along with the Southall Black Sisters group which campaigns for the rights of women from minority backgrounds. But it based its conclusions largely on the interpretations of groups which claimed to represent the Muslim 'community'.

In the wake of the report high-profile Muslim groups have pushed the government and major parties to adopt the definition.

According to last week's Observer Harun Khan, secretary general of the Muslim Council of Britain, has called on politicians to "understand the importance of listening to communities" and adopt the definition.

Yvette Cooper, the chair of the home affairs select committee, and the minister for faith Lord Bourne responded enthusiastically to the report at its launch.

The government has previously indicated that it does not intend to adopt a definition. In March Home Office minister Victoria Atkins told the Commons that the government did not "accept the need for a definitive definition".

Explaining his decision to write and coordinate the letter, Mr Evans said: "Racism and anti-Muslim bigotry need to be confronted, but proposals to promote the vague concept of Islamophobia seriously risk restricting public discussion and making matters worse.

"People opposing gender segregation in schools, forced hijab wearing and the non-stun slaughter of animals have all been condemned as 'Islamophobic'. It has become impossible to fight for any internal change in Muslim communities without encountering the slur.

"Prosecuting anti-Muslim crimes and challenging bigoted attitudes towards Muslims are both essential in a free society in which citizenship is open to those from all faiths and none. But rendering legitimate free speech beyond the bounds of acceptable debate would be a major error."

We are writing to you regarding the recent report from the APPG on British Muslims, entitled 'Islamophobia defined'. We wish to highlight our concerns with the report and to urge the Government to resist its proposal to adopt a definition of 'Islamophobia'. Some of us also highlighted these concerns in written and oral submissions to the APPG inquiry on the matter.

The report includes many examples of anti-Muslim bigotry and hate crimes which should be universally condemned. However, the genuine problems identified in the report will only be exacerbated by adopting the vague and unworkable definition of 'Islamophobia' it proposes.

While we believe that in a liberal secular society individuals should be afforded respect and protection, we are clear that ideas should not. We are concerned that the report's proposed definition of 'Islamophobia' conflates hatred of, and discrimination against, Muslims with criticism of Islam.

Further, the report's backers are keen to stress the need to avoid shutting down criticism of religion. However, advancing the report's ill-defined concept of 'Islamophobia' and aligning it with the five 'tests' it recommends to determine whether speech is 'Islamophobic', will clearly render legitimate commentary and debate about Islam beyond the bounds of reasonable public debate.

While we represent a wide spectrum of beliefs, opinions and politics, the one thing that unites us is our commitment to tackle anti-Muslim bigotry coupled with the belief that the fundamental right to speak freely is precious and essential.

We therefore seek a meeting with you to further explain our concerns and to seek reassurances that the Government will not treat the civil liberties of British citizens as an afterthought in its efforts to tackle anti-Muslim prejudice. Please do let us know if you would be open to doing so.