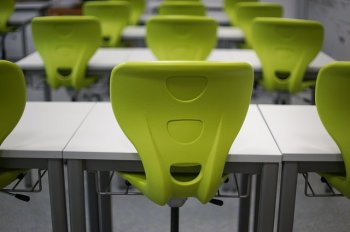 On Friday Schools Week reported that three of the 10 non-association private schools that most frequently failed to meet independent school standards remain open. Two of these are Orthodox Jewish schools; the other is Islamic.

Rabia Girls' and Boys' School, an independent Islamic school in Luton, is the worst offender statistically of the schools which remain open. It has been graded 'inadequate' in four full inspections, and failed the independent school standards eight times since 2014.

Last year the NSS reported that Rabia School was failing to teach British values adequately, limiting girls to "knitting and sewing" in design and technology and separating male and female staff during training sessions. In 2016, then-Ofsted chief Sir Michael Wilshaw said the pattern of gender segregation "clearly does not conform to the spirit of the equalities legislation".

Rabia School is run by Rabia Educational Trust, a registered charity with a 2017 income of £285,291. It states one of its charitable objects as "to advance academic as well as Islamic education in accordance with the holy Quoran [sic] and Ahadith within the bounds of Ahle-Sunnah Wal Jamaat" (Sunni Islam).

The Charity Commission published a report on its inquiry into Rabia Educational Trust in 2017. The inquiry found that trustees were unable to show accounting records to explain all of the charity's financial transactions.

The report said about 40% of the charity's income was not being banked and some staff were paid in cash. Additionally, it failed to get Charity Commission consent before renting out part of its office space to a nursery.

The other two failing schools that remain open are Mechinoh School in Lancashire and T T T Y Y School in London. Both are Orthodox Jewish schools.

Mechinoh School has been graded inadequate three times and has failed the independent school standards five times. Its most recent Ofsted report highlighted that pupils' progress in secular subjects is slower than in religious studies, and that pupils have few opportunities to learn about "the broad range of people and experiences within modern British society". This "sheltered approach" was adopted to "ensure that the education offered meets orthodox Jewish principles," according to "leaders".

T T T Y Y School was placed in special measures for the second time in June, and has failed the independent school standards five times.

According to its 2017 Ofsted report, pupils have "limited opportunities to learn about other customs, beliefs and ways of life". They have "no access to sufficient resources to enable them to make adequate progress in creative and aesthetic subjects" and the range of books in English to read is described as "very limited".

Pupils' progress in reading and writing is poor, and nearly all pupils speak English as an additional language. These pupils make "inadequate progress" across a wide range of subjects.

Alastair Lichten, education and schools officer at the NSS, said: "It is clear that these schools are failing to respect children's rights to a well-rounded education that prepares them for their future life as British citizens.

"The fact that these three faith schools have remained open, while similar schools have been closed down, should prompt us to ask whether these schools are being regulated effectively, and held to the same standards as schools without a religious ethos."