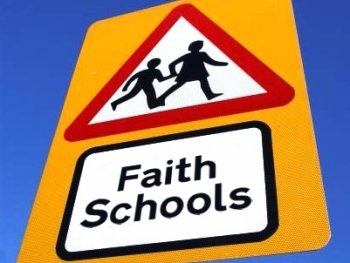 Dozens of small independent faith schools have repeatedly failed to meet Ofsted standards in the last three years, according to analysis of the inspectorate's data by Schools Week.

Since 2014-15, 190 non-associated independent schools – around 20% of the private schools which are not attached to an umbrella organisation in England – have failed to meet the standards.

Almost half of those have failed more than once: 30% have failed twice; 13% failed three times; six failed four times; and three failed five or more times.

The Rabia Girls' and Boys' School, an independent Islamic school in Luton, was the worst offender, failing seven times. Ofsted has criticised the school for, among other things: failing to teach British values adequately; limiting girls to "knitting and sewing" in design and technology; and separating male and female staff during training sessions. In 2016 Sir Michael Wilshaw, then the chief inspector of schools, wrote to the education secretary to express his concerns about the school.

Several of the other schools have also been criticised for failing to provide a secular education. Two Jewish schools in north London, the Beis Aharon School and the Getters Talmud Torah School, have each failed five inspections; Ofsted has accused both of them of having an insufficiently broad curriculum. Ayasofia primary school in east London fell below the standards four times, partly because its secular curriculum was "narrow and lacked depth". The school was thrown off the independent schools' register in September last year.

The Cornerstone School, a Christian school in Surrey, closed after just one inspection in 2015, which found pupils were "not open to the views" of others. Two other schools have also been closed. The Department for Education issued six more with deregistration notices, but these were appealed or ignored after the school improved.

Stephen Evans, NSS campaigns director, said the revelations "illustrated the detrimental effect which the proliferation of private faith schooling is having on children's rights".

"Shutting a school causes great disruption and should always be a last resort. But the Department for Education and Ofsted must ensure they hold independent faith schools to account. These schools must not be given a blank cheque to avoid their responsibilities.

"Faith must not be an excuse for failing to raise children for successful lives in 21st-century Britain."

Independent faith schools have been at the centre of several controversies in recent years. In 2016 Sir Michael Wilshaw, then the chief inspector of schools, wrote to the education secretary to express concern about the failure of some independent Islamic schools, including the Rabia Girls and Boys, to uphold British values. And earlier this year Ofsted downgraded nine faith schools which taught the fundamentalist Accelerated Christian Education curriculum.

In 2014 the National Secular Society responded to an Ofsted consultation on inspecting non-associated independent schools. The society raised concerns that the proliferation of these schools could prove "detrimental to future community cohesion" and increase the potential for young people's radicalisation. It also called for "more robust inspections" on whether schools were enabling young people to "acquire the knowledge, values and skills to develop independence and confidence, participate in society and choose their path in life".