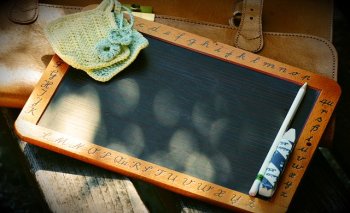 The National Secular Society has welcomed a landmark successful prosecution of the proprietors of an unregistered religious school.

At Westminster Magistrates Court on Wednesday Nacerdine Talbi and Beatrix Bernhardt were convicted of running Al-Istiqamah Learning Centre in Ealing, west London as an unregistered school.

At least 350 unregistered schools have been set up across England, according to Ofsted. But this is the first successful prosecution of its kind.

Talbi (the school's director) and Bernhardt (the headteacher) were given a community order subjecting them to a 12-week night-time curfew. The institution was fined £100.

The Islamic learning centre, which also offered supplemental education, has been temporarily closed. It is not clear whether it will move toward registered school status, as other illegal schools have.

The school was teaching 58 pupils in a west London office block. Talbi claimed it was a study centre for home educated children, but the court heard that around half of the pupils were at the school for 25 hours per week.

The school had a head teacher and homework and charged fees in a way that suggested academic terms. It conducted lessons in subjects including maths, science, geography, history, English and Arabic.

Ofsted started investigating the school last year. Inspectors said the hours were such that pupils could not have attended school elsewhere.

The chief magistrate concluded the centre was "providing all or substantially all" of the education for children who attended for 25 hours. This meant it was "being operated as an unregistered independent educational institution providing full-time education".

According to reports following the conviction, a worksheet on the school's wall said "Muslims and animals" were saved on Noah's ark and Allah punished people because "they disbelieved".

The case is seen as a test for efforts by Ofsted and the Department for Education to tackle unregistered schools, following the launch of a taskforce in 2016 to combat their proliferation.

The NSS has campaigned for years for measures to address the growth of unregistered schools, which often teach a narrow and restrictive faith-based curriculum, denying young people a decent education.

Earlier this year the NSS met Lord Agnew, the minister in charge of faith schools, to discuss efforts to tackle unregistered faith schools. The society also raised concerns about parents claiming to be home educating when they send children to illegal schools.

At the meeting Lord Agnew reassured the NSS that the government was prioritising efforts to tackle unregistered schools and working with local authorities to address the problem.

NSS education and schools officer Alastair Lichten welcomed the convictions, saying it was "good to see the Department for Education's focus on illegal schooling paying off".

"We all have an interest in ensuring children are at the very least physically safe no matter where they receive their education. But beyond than this, children have the right to an education which opens their future potential, rather than closing it.

"Schools with narrow curricula or aimed at preparing pupils only for life within a specific religious community, critically undermine children's rights to an open future.

"In independent schools the right balance needs to be struck between school autonomy and protecting children's rights. No such balance can exist when 'schools' operate completely outside regulatory oversight."

Following the conviction Ofsted chief Amanda Spielman said: "We hope that today's judgment sends out a message to all those running such schools that they will face justice.

"We will continue to investigate and expose illegal, unregistered schools and, where we find them, play our part in making sure they are closed or become properly registered."

Lynette Woodrow from the Crown Prosecution service said: "This is the first prosecution of its kind against an unregistered school in England and Wales. The centre claimed it simply provided tuition to home-schooled children but using witness statements and photographic evidence collected by Ofsted inspectors, the CPS was able to prove this was not the case.

"It is a criminal offence to run an unregistered school and we will take steps to prosecute those responsible where there is the evidence to do so."

Lord Agnew also welcomed the ruling: "We have always been clear that where schools are operating illegally, action will be taken and this decision is evidence of that."

There have long been concerns over the role of unregistered faith schools. In 2008 The JC raised the issue of children disappearing from the education system at the age of 13 and being "systematically undereducated in secular studies" in unregistered, unregulated schools.

Registered independent schools are subject to the Independent School Standards – which have been strengthened in recent years, thanks to lobbying from the NSS.