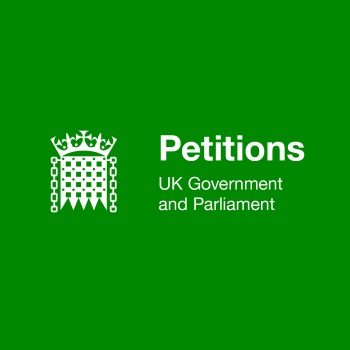 The National Secular Society has warned MPs that introducing more religious public holidays could disadvantage workers by reducing their freedom to take annual leave when most appropriate to them.

On Monday MPs will debate petitions which have called for the Muslim festivals of Eid-ul-Fitr and Eid ul-Adha and the Hindu festivals of Diwali and Dassera to become public holidays.

The petitions will be debated in Westminster Hall despite the fact they have not gathered 100,000 signatures – the threshold at which they would trigger consideration for a debate.

All four of the religious festivals are 'moveable feasts', falling on different days each calendar year.

Ahead of the debate the NSS has told MPs that introducing new public holidays to mark religious festivals could impede employees' freedoms, undermine social cohesion, create unreasonable inconvenience for employers and harm the economy.

In a letter to members of the petitions committee, NSS chief executive Stephen Evans wrote that a multi-faith approach to public holidays would be "impractical". He said holidays were a "personal matter" and the system governing them should strike a balance between "employees' freedom to take holidays at the best time for them" and "employers' business requirements".

The NSS expressed concern that employers would take religious festivals out of employees' holiday allowances, rather than giving them extra days off. This would reduce workers' freedom to take holidays when it suited them best.

The letter noted that the majority of public holidays in the UK are secular, or observed in a secular manner and said any additional public holidays "should be justified on secular grounds".

"Compelling those who do not celebrate minority faith festivals to take time off work risks causing unnecessary resentment and would harm efforts to promote a concept of common citizenship," Mr Evans wrote.

"The lack of inclusion of certain religious festivals could also be a source of grievance for those excluded, and could serve to inflame religious sensitivities by creating a climate of competitive victimhood."

Addressing the fact the religious festivals are 'moveable feasts', the NSS cautioned that adding "yet more complexity" to the UK's calendar of public holidays would be "absurd".

The society has long called for the date of the Easter bank holidays to be fixed in line with the date outlined in the Easter Act 1928, which allows for the Easter holiday to be fixed on "the first Sunday after the second Saturday in April". Theological disputes have prevented this from happening.

Parliament debated a previous proposal to make Eid and Diwali public holidays in 2014 after a petition sponsored by the Harrow East MP Bob Blackman. On that occasion the government rejected the idea on the basis of its cost to the economy.

Speaking ahead of Monday's debate, Mr Evans said: "Politicians should be very wary of moves to introduce more religious bank holidays. Doing so would allow religions to impact upon those who don't follow them with a range of negative consequences for society, the economy and individuals.

"If we make Eid or Diwali public holidays then any number of religious or quasi-religious festivals could follow suit. The politics of recognition would only lead to more calls for recognition.

"Instead the government should consider reducing the influence of religion on the bank holidays observed in the UK. In particular, it should look again at the date of the Easter break and consider fixing a bank holiday in the early spring.

"Easter can fall on up to 35 different days in March and April and the current arrangement of a movable Easter break inconveniences schools, families, businesses and individuals. Politicians should act in their interests now rather than waiting indefinitely for the churches to reach a consensus."

In 1971 the similarly itinerant Whitsun was replaced by the (fixed) late spring bank holiday. 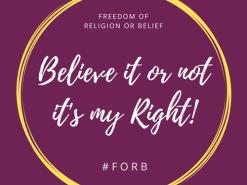