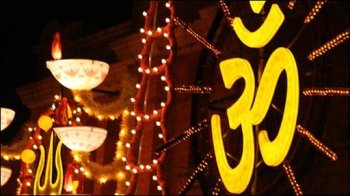 MPs have debated a proposal to create two new public holidays for the Muslim and Hindu holidays of Eid and Diwali. The debate was introduced by Harrow East MP Bob Blackman who sponsored an e-petition calling for Muslims and Hindus to have the most important days in their faiths recognised in law.

Introducing the petition, Mr Blackman said: "Wouldn't it be a statement that we as a nation embrace these religions, and the people who hold them dear, and we are ready to recognise their place in our society?"

E-petitions which receive 100,000 signatures or more through the Government's website are considered for debate in the House of Commons (scheduling difficulties led to the debate taking place in Westminster Hall) and with 123,319 signatures the petition, started by Jon Timmis, is the second most supported on the site. Few MPs attended the debate, which coincided with a Commons statement from PM David Cameron on Ukraine and Gaza

The Government's response to the petition was published before the debate, stating:

"The Government is grateful for this e-petition. We are very aware of the importance of these festivals which are widely celebrated in the UK. The Government is committed to bringing people together in strong, united communities. We encourage and support people to have shared aspirations, values and experiences. Festivals such as Eid and Diwali contribute to this objective.

"We regret however that we cannot agree to create new bank or public holidays to mark these festivals. The Government regularly receives requests for additional bank and public holidays to celebrate a variety of occasions including religious festivals. However the current pattern is well established and accepted. Whilst we appreciate a new national holiday may benefit some communities and sectors, the cost to the economy remains considerable and any changes to the current arrangements would not take place without a full consultation."

Despite the Government's response Mr Blackman remained positive, saying: "I trust that this debate will be the beginning and not the end."

In the 2011 census the UK's 2.6 million Muslims and 800,000 Hindus were the countries second and third largest religious groups – or third and fourth if the non-religious are included. Although the petition only addressed Eid and Diwali, Mr Blackman said: "I do not see why it should not be expanded to include other popular major religions".

Economists are divided over whether public holidays have a net negative or positive impact on the economy. However, in the debate MPs sought to avoid framing the issue in purely economic terms.

At present the UK has fewer public holidays than any other country apart from Mexico and China. However taking into account the statutory minimum of 20 days annual leave for full time staff the UK is broadly in line with other countries in terms of actual holidays taken.

The Government's policy is to encourage employers to "respond flexibly and sympathetically to any requests for leave, including requests for religious holidays, bearing in mind business needs."

Under the Equality Act employers must try to accommodate requests for time off in observance of a religious holiday or festival when it does not interfere with their business. Otherwise, a refusal may amount to unjustified indirect discrimination.

Questions were also raised about the impact of religious festivals on school attendance, when these dates do not coincide with public holidays. Mr Blackman claimed that in Manchester "one in ten school days were missed due to religious occasions for Muslims", which he said "raises concerns about educational attainment in that particular community."

Keith Porteous Wood, National Secular Society executive director, said: "Some of the UK's public holidays have Christian (and before that, Pagan) associations, but in our secularised country are now celebrated as much by non-Christians as Christians.

"Any further public holidays granted on religious grounds will however prompt the next largest religion to demand its most revered days off, and then the next, which is unsustainable."

"Both the religious and non-religious should be able make arrangements to enjoy time off with their friends and family on days which are important to them.

"Schools and employers should be free to make their own arrangements as to what days they close, and presumably, reduce other annual leave entitlement and general holidays accordingly."

See also: transcript of the debate.