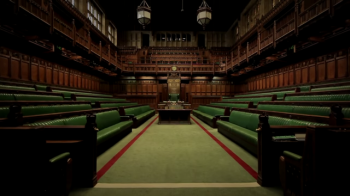 The National Secular Society has again called for reform of Northern Ireland's abortion laws after the House of Commons passed a bill and an amendment on the subject.

On Tuesday 208 MPs voted in favour of a private member's bill which would remove criminal liability from women consenting to a termination, with 123 MPs in opposition. The government has signalled that it will not give the bill parliamentary time, meaning it is unlikely to become law.

The bill was presented by Labour MP Diana Johnson. It would repeal parts of the 1861 Offences Against the Person Act, which effectively bans abortion in Northern Ireland except where a mother's life or mental health are considered in danger. DUP leader Arlene Foster has made clear that religion is a crucial reason why the party has obstructed reform of NI's abortion laws.

The prime minister has said women "should be able to access safe, legal abortion", but also said the issue should be dealt with by a devolved administration in Northern Ireland.

The DUP has blocked attempts to pass measures to liberalise NI's abortion laws at Stormont. Northern Ireland has been without a functioning devolved executive since January 2017.

Introducing the bill, Johnson raised cases of women suffering as a result of Northern Ireland's abortion law. In one case, a mother faces life in prison for helping her 15-year-old daughter buy abortion tablets online after her abusive partner "threatened to kick the baby out and stab it if it was born".

Fifteen Conservative MPs voted in favour of the bill, including the women and equalities minister Penny Mordaunt.

On Wednesday an amendment forcing the Northern Ireland secretary to "issue guidance" explaining NI's abortion laws passed a Commons vote by 207 votes to 117. This is likely to become law as it is attached to the government's Northern Ireland bill.

After the votes a spokesperson for the NSS said: "Attempts to extend women's reproductive rights in Northern Ireland have been caught amid the collapse of the power-sharing agreement at Stormont and Theresa May's appeasement of the Democratic Unionist Party, which is ideologically opposed to abortion.

"The right for women to access a safe and legal abortion, like any other medical procedure, is a human right. The UK has a duty to ensure that the human rights of its citizens are guaranteed, regardless of political complexities."

The NSS campaigns to ensure there are no religious restrictions on reproductive rights and has repeatedly called for reform of Northern Ireland's abortion laws.

There has been increasing pressure to change Northern Ireland's abortion laws after the overwhelming majority of people in the Republic of Ireland voted to repeal an effective ban on abortion in May. The eighth amendment to the Irish constitution prevented abortion in almost all circumstances by equating a mother's life with that of an unborn child.

Recent polls suggest 78% of the British public supports decriminalising abortion in Northern Ireland, including 65% of people in NI.

The Johnson bill will be read for a second time on November 23.