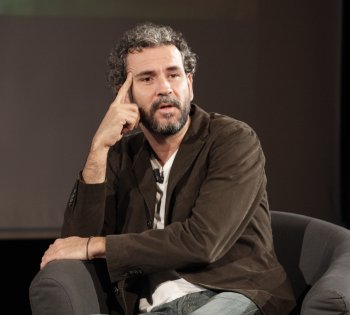 The National Secular Society has called for Spain to abolish its blasphemy laws following the detainment of an actor accused of offending religious sentiment.

Willy Toledo, a cinema and television actor, was detained under a Madrid court order after he ignored summons for questioning, arguing he had not "committed any offence and so there is no need to appear before a judge".

Toledo was summoned twice over a Facebook post he wrote in July 2017, in which he defended three women who were prosecuted under blasphemy laws because they simulated a religious procession with a giant plastic vagina as part of a feminist protest.

In his post Toledo said: "I shit on God, and I have enough shit left over to shit on the dogma of the sanctity and virginity of the Virgin Mary. This country is unbearably shameful."

In response, the Spanish Association of Christian Lawyers filed a complaint against Toledo for "shitting on the dogma, and because his words were an offense against religious sentiment," according to the association's president Polonia Castellanos.

Toledo was detained on Wednesday and brought before a judge for questioning on Thursday. His lawyer said that he was unable to speak to Toledo after his arrest, something he described as "unheard of."

Article 525 of the Spanish Penal Code forbids the defamation of any individual's or group's religious sentiments, beliefs, or practices, setting out monetary fines for those who offend religious people. The law tends to be used to defend Catholic sentiments.

The case has been compared with that of 23 year old Daniel Cristian Serrano, who was fined €480 for photoshopping his face into a picture of Christ and publishing it on Instagram last year.

Following his release form the courthouse on Thursday morning, Toledo told reporters, "I am doing what I have to do, which is to draw attention to this, because it is shameful that there are still five articles in the criminal code related to religious sentiments."

Toledo has won support from members of the public who oppose Spain's restrictive stance on freedom of expression. Dozens of Spanish citizens applauded and shouted "Me cago en Dios" (I shit on God) as he left the courthouse. Some Twitter users have started using the hashtag #MeCagoEnDios to express their support. Oscar-winner Javier Bardem has also spoken out in defence of Toledo.

"The existence of a law that outlaws "offending" or "derision" of religious "feelings", "dogmas", "beliefs" or "rituals" shames Spain," he said.

"Blasphemy laws are an affront to free expression and should be consigned to history. Let's hope the arrest of Willy Toledo precipitates the demise of Spain's arbitrary restrictions on speech.