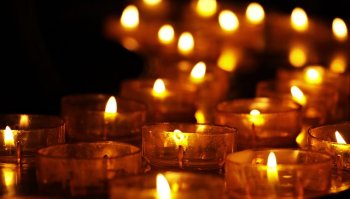 The National Secular Society has criticised five north London councils for spending £56,000 on an out-of-hours coroners' service which has been exclusively designed to accommodate religious requests for fast treatment.

The councils in Haringey, Barnet, Brent, Enfield and Harrow will fund a "formal out-of-hours coroners' service for faith communities" at the North London Coroners Court, according to a briefing paper. Haringey Council released the paper in response to an NSS freedom of information request.

It says the service will be available "throughout the evening for urgent faith matters" on weekdays and between 10am and 12pm on Saturdays and Sundays. This will require a coroner and a member of staff to be on duty to provide support.

Haringey Council's paper cited the large Jewish and Muslim populations in north London and gave no justification for the service that did not relate to their wishes. As the 'relevant authority' in north London Haringey appoints the senior coroner with jurisdiction across the five council areas.

The council estimated that the scheme would cost a total of £56,000, not including funds required for the Metropolitan Police to cover the staff on duty. Each of the five councils involved in the new service will be asked to pay a sum proportionate to their total population to fund it.

The paper, which was released last week in response to an NSS freedom of information request, says the amount of work required to run the service "could increase" once it has been advertised and formalised.

As part of its justification it cites a recent High Court ruling that a neighbouring coroner's 'cab rank' policy was unlawful. The NSS said the councils had "misinterpreted" the judgement in that case, which concerned inner north London coroner Mary Hassell's refusal to prioritise requests based on religion.

Haringey is the 'relevant authority' for the north London area, meaning it appoints the senior coroner with jurisdiction over the five council areas.

"Basic frontline public services are strapped for cash but these councils have reached behind the sofa to fund this premium, discriminatory service. The service has been exclusively designed to accommodate the wishes of some Jews and Muslims. And this decision will, by the leading council's own admission, increase demand for bespoke treatment.

"Those who drew up this policy have also misinterpreted the court's ruling in the case of Mary Hassell, where the judgement specifically said it would be wrong to give automatic priority to requests for religious burials.

"These councils should spend their money on decent public services for all."

In response to the revelations a spokeswoman for North London Coroner's Area told the Evening Standard religious concerns were a factor but the expanded service was for "any member of the community".

Mr Sloggett said this was "inconsistent with Haringey Council's own document" and "an unsatisfactory explanation".

"Haringey's briefing paper explicitly says this is a service 'for faith communities'. It doesn't mention anyone else or give any justification that relates to its benefit to all.

"And councils should be able to justify their spending on secular grounds. Can the coroners' service honestly say it has decided this spending will benefit all its citizens fairly, regardless of religion?"

Haringey's paper says the decision to introduce a formal service has been made amid "interest from both faith communities and politicians". Mayor Sadiq Khan and Chipping Barnet MP Theresa Villiers are due to meet the senior coroner to discuss it. During the Hassell case the NSS wrote to the chief coroner to raise concerns about the impact of political interference on behalf of the religious groups.

The councils have run an informal out-of-hours service for "faith communities" for the last 10 years but have been planning to formalise the service since May 2017. The senior coroner for north London, Andrew Walker, announced the launch of the service in July.