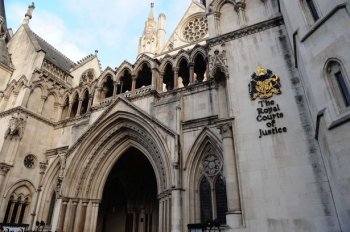 The National Secular Society has questioned whether political interference has unduly influenced a judicial review into a coroner's policy of refusing to prioritise work for religious reasons.

In a letter to the chief coroner, Mark Lucraft QC, the NSS expressed concern that the court will hear "no substantive defence" of Mary Hassell's stance and questioned how that could be in the best interests of justice. The case will begin today.

Legal representatives from the Adath Yisroel Burial Society (AYBS) brought the case against Hassell. AYBS objected to her withdrawal of an arrangement which gave priority to Jewish families who wanted their relatives' bodies returned quickly to allow them to carry out quick burials.

Hassell withdrew the arrangement in October 2017 citing unreasonable behaviour from AYBS representatives towards her staff. She then said deaths would not be prioritised because of the religion of the deceased or their families.

Coroners are independent judicial office holders responsible for investigating deaths where the cause of death is unknown or considered unnatural. The role is funded and resourced by local authorities.

Hassell, the senior coroner for inner north London, will maintain a "wholly neutral stance" in the case. Judge Lucraft's submission to the court will describe her policy as "over-rigid", "not capable of rational justification" and "not lawful".

The chief coroner previously described Coroner Hassell's position as "excellent". His position shifted after several MPs made representations to him over Hassell's conduct and several prominent politicians spoke out against her policy. Earlier this month Lucraft said he had misinterpreted the relevant protocol when he welcomed the policy.

Last month the prime minister responded to a question about the case in the House of Commons by saying: "It is important that we take into account specific requirements of someone's faith, especially when they've lost a loved one and they are grieving." She added: "I understand that the Ministry of Justice is speaking to the chief coroner about this point to see what more can be done."

Labour leader Jeremy Corbyn and Emily Thornberry, the shadow foreign secretary, are among those who have complained to Lucraft about her stance. Corbyn and Thornberry both represent Islington constituencies. David Lammy, the Labour MP for Tottenham, and Matthew Offord, the Conservative MP for Hendon, have also spoken out against Hassell, the latter calling Ms Hassell's stance "reprehensible".

The Board of Deputies of British Jews has called for the removal of Coroner Hassell from her position –a call backed by London Mayor Sadiq Khan said who the Board had "done the right thing".

Andrew Dismore AM, Labour London Assembly Member also said she should "go" and the London Assembly unanimously passed a motion expressing its "grave concern" about Hassell's "comments, decisions and actions". The motion resolved to write to the chief coroner and other judicial office holders.

Stephen Evans, NSS chief executive, said: "It's worrying to see politicians joining in with religious groups in calling for a judicial office holder to be sacked. The independence of the judiciary is a fundamental principle in the constitutional separation of powers and the rule of law. It is vital that the judiciary is not unduly influenced by politicians siding with those who shout the loudest.

"If a preference for an expedited coroners service can be satisfied without disadvantaging anybody else, or creating an unreasonable financial burden on hard-pressed local authorities, then that's fine, but religion isn't trump card that gives you the automatic right to preferential treatment. If demands for immidiate post-mortems and early release of bodies results in resourcing issues for coroners, or creates an undue financial burden on the taxpayer, it is right that such demands are not automatically acquiesced to.

"Judicial office holders certainly shouldn't have to face intimidation and calls for their dismissal simply for failing to satisfy the demands of religious communities."

In a submission to the Chief Coroner, the NSS also wrote that some arguments being made in support of the claim against Ms Hassell appeared contrary to the approach established in McFarlane v Relate in 2010. In that case Lord Justice Laws declared: "The precepts of any one religion – any belief system – cannot, by force of their religious origins, sound any louder in the general law than the precepts of any other. If they did, those out in the cold would be less than citizens; and our constitution would be on the way to a theocracy, which is of necessity autocratic."

Mr Evans also said the "very public attacks on the coroner in question" were "disturbing" and urged the Chief Coroner to recognise that Ms Hassell and her staff are "entitled to carry out their work free from harassment or intimidation and to resist unreasonable demands on their time."

Judge Lucraft told the NSS it would "be inappropriate to discuss any of the points you have raised in your letter" as he was an interested party in the case.

Hassell's jurisdiction covers the London boroughs of Hackney, Camden, Islington and Tower Hamlets. Some Muslim 'leaders' have also spoken out against her.