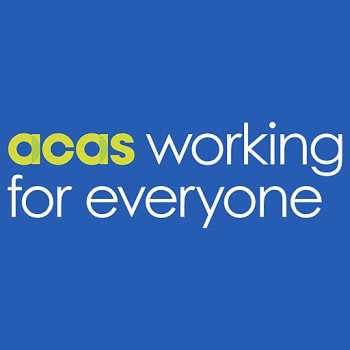 The arbitration service Acas has published new guidance outlining how employers and employees should interpret equalities legislation regarding religion and belief discrimination.

Acas (the Advisory, Conciliation and Arbitration Service) says it may be "beneficial" for employers to "offer all staff a grounding in religion or belief in the workplace" as a step to "prevent discrimination".

It says employers should be "very careful" when asking questions related to an individual's religion or belief, as these may become discriminatory "particularly if they are intrusive or handled insensitively".

The guidance identifies three areas where discrimination is most likely to occur - recruitment, requests for time away from work and dress codes.

It says employers should "be careful" during recruitment and avoid including anything irrelevant to the job in question in adverts, person specifications and interviews. It warns of the risk of discrimination when members of a panel are "talking informally and unguardedly" about candidates.

The guidance said religious observance "does not necessarily override any other good reason for granting leave". It encourages employers to consider requests for time off to observe religious festivals "carefully and sympathetically" while also urging employees to "be reasonable, flexible and sympathetic" to the needs of the organisation employing them.

It also says employers should ensure they have "very good business reasons" for forcing staff to take a portion of their leave during shutdown periods, for example during the Christmas and new year period.

On dress codes the guidance says employers should consult recognised staff networks and trade unions if they are in the workplace. It says employers should "look to be flexible and reasonable where possible" and restrictions must be "for good business reasons which are proportionate, appropriate and necessary".

It says a general ban on the display of all religious symbols at work is likely to be discriminatory.

The guidance is based on the requirements of the Equality Act 2010, which protects employees from discrimination, harassment and victimisation on the basis of religion or belief.

It adds that a philosophical belief must be: "genuinely held", "not just an opinion or point-of-view based on current information", "a weighty and substantial aspect of human life and behaviour"; "clear, logical, convincing, serious, important"; "worthy of respect in a democratic society"; "compatible with human dignity" and "not conflicting with the fundamental rights of others".

A National Secular Society spokesperson said: "We'd urge employers not to overdo efforts to teach their staff about religion and belief. These may be presented with good intentions but often push a narrative that religion needs special treatment, undermining workplace unity.

"But most of the recommendations in this guidance are reasonable. It rightly makes clear that religious freedom is a qualified right, including in the workplace. Individuals should not expect their employer or colleagues to make a special effort to accommodate them. On the other hand good employers and colleagues will bear in mind that people have varied attitudes and approaches to religion and belief.

"Where the guidance is open to interpretation we'd urge employers to treat religion in the same way as any other personal interest."