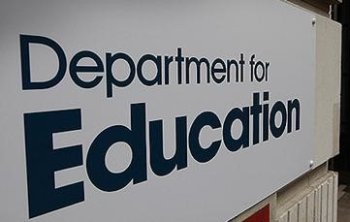 Independent Charedi-run schools in Hackney will face enforcement action if they fail to prepare children for "life in modern British society", the minister for faith schools has warned.

In a letter to Charedi leaders, Lord Agnew said the Department for Education (DfE) would "not delay indefinitely action on specific schools which are not meeting the [independent school] standards".

According to the Jewish Chronicle, he highlighted the teaching of English and the amount of time reserved for secular subjects as examples of areas which were "not satisfactory".

He also referred to requirements to teach respect and tolerance under equality law. Charedi leaders have been among those resisting this. Those in Stamford Hill have said referring to same-sex orientation in schools is a "red line". In January a delegation of orthodox leaders told Lord Agnew they would make "no compromise" with requirements to teach children about gender and sexuality.

And last month Charedi rabbis from across the country met in Nottingham in an attempt to agree a common front against the education authorities' pressure.

Last week the DfE confirmed that 15 independent Jewish schools received notices warning of ultimate closure in 2017. It is currently deregistering one independent Chasidic school in Hackney, though the school is reportedly appealing. Two more have been barred from taking new pupils.

Lord Agnew said one of them, Beis Aharon, had failed to make necessary improvements. "It clearly cannot be right for us to leave it to 'wither on the vine' year by year as pupils leave and no new pupils join, so if this state of affairs continues, there must come a point when we shall have to move to deregistration."

He cited examples of strictly orthodox independent schools in Salford, Gateshead and Greater Manchester which, he said, were "moving to a position where they are able to meet the standards through changes in their curriculum, teaching practices and policies".

He also offered to meet representatives of schools and organisations to discuss possible solutions.

In November Ofsted announced that almost half of independent faith schools had been rated as 'inadequate' or 'requires improvement' since it introduced new standards for inspections in 2014. That included 53% of independent Jewish schools.

When the standards were proposed the NSS said independent schools should be required to promote 'fundamental British values', just as maintained schools would be.

"Efforts to promote cohesion through education have society-wide relevance," the NSS wrote. "It is therefore essential that all pupils educated in the UK, regardless of the type of school they attend, learn about those values considered key to contributing to mutual understanding and a cohesive society."