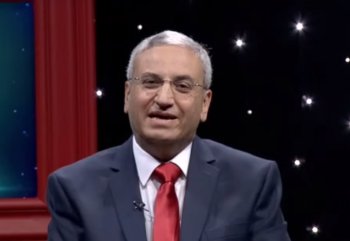 The National Secular Society has called for urgent reform of council education committee structures in Scotland after one of "Europe's most active creationists" was reappointed to one.

Local authorities in Scotland are required to reserve at least three places on each council education committee for religious nominees. The NSS has said Dr Iskander's appointment casts "a sharp light" on the need to scrap this requirement.

Dr Iskander is a member of the Westwoodhill Evangelical Church in East Kilbride. The founder of the US-based religious ministry Answers in Genesis, Ken Ham, has described him as one of "Europe's most active creationists".

He was the only applicant for the role. A council advert for it read: "Any person, or any church or denominational body which has a duly constituted charge or other regular place of worship within South Lanarkshire, is invited to nominate a person who is interested in the promotion of religious and moral education."

The three individuals have full voting rights but are not accountable to voters. The requirement to appoint them results from legislation passed before devolution in 1929 and 1994. Dr Iskander has served in a similar role since 1999.

In 2015 he gave a series of lectures at a 'creation conference' and made several statements on the subject of creationism. At one point he said a distinction should be drawn between "operational science" and "historical science".

"We love the scientists and we respect them very much actually, but they were not there from the beginning so they don't know everything. They are limited, not always telling the truth… Sometimes they are guided by the funding of the project they are working on, or something like that."

He also said: "In evolution, they think that everything made itself. And that is really illogical. Evolution is against the laws of thermodynamics."

Dr Iskander has equated creationism and evolution. At the conference he said he had told a physicist he wanted him to believe in creation as an alternative to the Big Bang. And in 2013 he said: "Creation according to the Christian faith is a supernatural act of God, so it will not be repeated and we can't test creation in the lab. Evolution needs to take place over millions of years and we cannot test that either."

Last year the NSS called for an end to religious appointments to local education committees in response to a Scottish Government consultation. Its submission highlighted examples of pupils being taught creationism and speakers with fundamentalist views and no scientific qualifications visiting schools to discuss sexual health.

In July sources told The Times the Scottish Government was planning to limit religious groups' role in education by handing councils' powers to head teachers or new 'regional collaboratives', which would not include religious representatives. And in the last parliamentary term the Green MSP John Finnie unsuccessfully attempted to scrap the system.

Alistair McBay, the NSS's spokesperson in Scotland, said the appointment had "cast a sharp light on the need to remove the special place given to religious representatives in Scotland's education system".

"Dr Iskander is entitled to his views but he should not be entitled to a position of educational influence. Those overseeing our schools should be chosen because they are the right people for the job. By any reasonable calculation someone who promotes creationism would not meet that description.

"The Scottish Government must do more than dip its toe in the water. It must be willing to confront the churches. If religious representatives wish to have influence over Scottish children's education, let them earn it on equal terms."

The council told the Sunday Herald Dr Iskander would be one of 33 representatives on the committee and its decisions would "not influence the way that religious and moral education is taught in schools".